A BEAUTIFUL BEGINNING WITH A POSSIBLE NEW ENGINE

Behind the understandable commercial reasons, there still is, however, a small doubt: will the renowned British luxury supercars manufacturer really enter or not the Formula One universe?

The famous brand is already sponsoring the Red Bull F1 Team (and will become its major sponsor in 2018) but is now seriously thinking to upgrade its involvement into the top class of single-seat auto racing, sanctioned by the Fédération Internationale de l’Automobile. The decision seems to be centered around a new engine produced by the brand and which should be ready for 2021. Moreover, Aston Martin is thinking to become a Formula One works team as well. 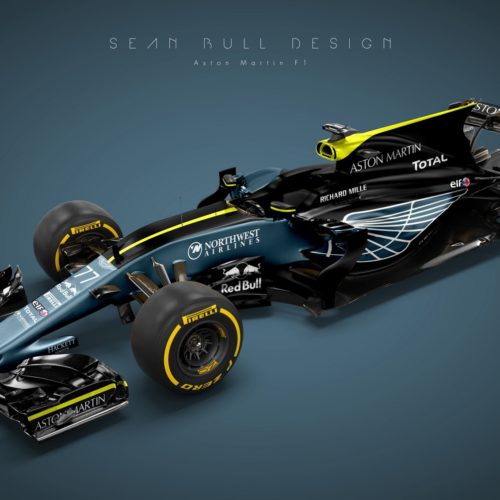 FROM AN ABSTRACT IDEA TO REALITY

“It moves from probably I wouldn’t propose it to the board, to probably I would. It now moves into the realms of possibility and I need to take it to the board, and it is an arrogant CEO that contemplates what a board decision will be. Obviously I am taking my board on a journey. We discuss it every quarter and I am warming them up to the possibility,” Andy Palmer candidly explained to the BBC.

Aston Martin’s CEO is taking this project very seriously. He has, in fact, just entrusted its powertrain director, the former Ferrari and Maserati collaborator (2004-2007), Joerg Ross, to work on the adventure of a possible new Formula One engine.

And he will benefit from Luca Marmorini’s professional support. Marmorini, another former Ferrari collaborator, is today Aston Martin’s manager of the Power unit segment.

“I’ve hired Luca full time in order for him to help us in the conceiving and production process of this new engine. We also have Joerg Ross with us. He has already worked internally for Aston Martin’s engines development. They will both work on the Formula One project,” Andy Palmer recently said to Motorsport.com.