The debut of the range at the Paris Motor Show

The commercial launch of the new BMW Z4 is expected in March 2019. The Z4 has been totally redesigned following a path that has never been described before: BMW has decided to take a step back, returning to the essential canvas top, and has modified its proportions: the step has been reduced by 26 mm at 2 , 47 meters, but has grown the overhangs with a total length of 4.32 meters (+85 mm). The Z4 is also wider than 74 mm and 13 mm higher than the previous one, but the torsional rigidity has grown significantly thanks to the new platform developed together with Toyota and also adopted by the new Supra.
The completely new design and the abandonment of the folding metal roof have also made it possible to improve the capacity of the boot, which has grown by more than 50% to 281 liters: they are available regardless of the position of the canvas roof, which can be opened and closed electrically up to 50 km / h. Comparing the technical data sheets, we also note an important reduction of the total mass: taking as an example the 20i version, the new series declares a vacuum mass of 1,405 kg, against the 1,470 of the previous Z4 E89.
The interior of the Z4, like the body design, have been totally revised and have the task of introducing some new styles that we have already seen on the new 8 Series. The dashboard has been further simplified by adopting the BMW Live Cockpit Professional and Control Display from 10.25 inches, which work in harmony thanks to the BMW Operating System 7.0. New features are available, new graphics and customizations dedicated to users. Furthermore, it will be possible to interact with the system through the iDrive, the touch screen, the steering wheel buttons and the new advanced voice commands.
All variants will offer standard LED headlamps (with optional active lights), Collision Warning, Pedestrian Warning with City Braking and Lane Departure Warning, while Active Cruise Control with Stop & Go, parking assistance, are optional. the Lane Changing Warning System, the Speed ​​Limit Info and the unprecedented head-up display. The interior features Vernasca leather upholstery for the 30th and leather and Alcantara upholstery for the M40i; moreover, the latter adopts as standard the Adaptive M Sport suspension, the M Sport braking system, the M Sport differential and 18 “sports tires, with the further option of the 19”. Finally, there are nine external colors to be combined with two variants of the canvas roof: black or anthracite. 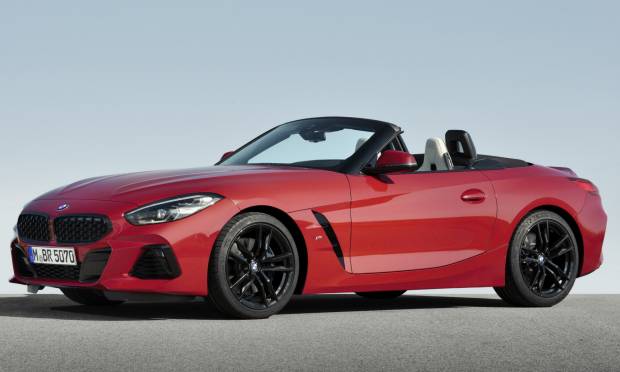