The Street Show Quattroruote will take place on Sunday, September 16th in Milan. You will love all the stands because it certainly does not happen often to be able to admire so close such a deployment of breathtaking cars. We are talking, in particular, of one of the sections that will include the “mile of passion” made in Milan in Corso Buenos Aires from the newspapers of our publishing house: the one called Sport & Luxury Road that, roughly, will occupy the spaces included between Porta Venice and Via Castaldi with a collection of supersports, hypercars and jewels of the “3-second club”, or the restricted elite of models able to splash from 0 to 100 km / h in that very short space of time
Difficult to draw up a list of many wonders. To give you, however, an idea of ​​the jewels on display in this that looks like a real open-air salon, organized with the support of the City of Milan, Confcommercio and Ascobaires, we can follow an ideal alphabetical order , which begins with the A delle Abt (the Audi made even more performing by the German processing studio, from the TT RS to the SQ7), the Alpine A110, the Alfa Romeo Giulia and Stelvio Quadrifoglio, who recorded their records of category on the legendary Nordschleife of the Nürburgring, and of the Aston Martin Vantage and DB11 to finish with the Z of the Zonda F Coupé, the historical creation of Horacio Pagani, flanked by the current Huayra. In between, there is the whole declination of the automotive empyrean: to mention at least some of the stars of this firmament it is sufficient to mention the Bentley Continental GT and Bentayga, the BMW i8 Coupé, the Dallara Stradale, the Jaguar XE SV Project 8, the Lamborghini Urus and Huracán Performante, the McLaren 570S and 720S, the Mercedes-AMG GTC, the Nissan GT-R, the Porsche 911 Cabrio, GT3 RS and Panamera Hybrid, in addition to the particular Ferrari GTC4 in the livery of the Garage Italia Customs.
An eye for the fans, will also be reserved for racing cars, well represented in our Street Show. To be admired, in fact, will be two of the great protagonists of endurance races, the Porsche 919 Hybrid, winner of three editions of the legendary 24 Hours of Le Mans (in 2015, 2016 and 2017), and the Toyota TS 050 Hybrid, brought to the success this year in the timeless French marathon from the crew with the popular Fernando Alonso (flanked by Buemi and Nakajima). Formula 1 will also be well represented, with the Alfa Romeo Sauber, which this year has warmed the spirits of the Milanese brand lovers with the fine performances of Charles Leclerc and the Toro Rosso driving simulator, hosted precisely in the Quattoruote stand. 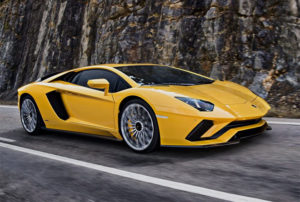