The Fiat Abarth 595, with its turbo engine up to 180 hp, has new colors and a more “polite” appearance.

On September 15th 2018 the new version of the Fiat Abarth 595 will be in the dealerships, the city car based on the Fiat 500 that encourages “to brush” the curves thanks to the lowered structure and stiffened suspensions. The upgrades- compared to the old model-mainly affect the 1.4 T-Jet turbo petrol engine, always available in four power levels (145, 160, 165 and 180 hp) but now adequate to comply with the new Euro 6d-Temp anti-pollution legislation . The green Adrenalina paints (for the Competizione and Pista outfits), the gray Asphalt (for Tourism) and the Record Monza sports exhaust are now new for the Abarth 595 2018, now adjustable from the inside according to the desired sound: by pressing the button Sports you can make it less or more vibrant. First instead, that is, it happened automatically at the accelerator pressure.
The outfits available on the Abarth 595 remain four, to which is added the most expensive and sought after version Abarth 695. The 595 “base” has a 145 hp engine and 16 “wheels, in addition to a smaller standard equipment, but the equipment gets richer by ordering the Pista version: in this case the Record Monza sports exhaust is included, the 7 “screen in the dashboard (it is 5” on the Abarth 595), the Apple CarPlay and Android Auto features and a telemetry system to evaluate the car’s performance on some circuits. The engine is 160 hp, 5 less than the 595 Turismo, where now is a standard package with proximity sensors and automatic switching on headlights and washers. The 17 “wheels and the sports shock absorbers are also standard, but the front whisker and the shells of the carbon fiber mirrors are paid for separately.
The richest version of the Abarth 595 is the Competizione, equipped with a 180 hp 1.4 T-Jet engine and can be ordered on request with the mechanical self-locking differential, able to better distribute the power between the front wheels in the tightest corners. Sabelt sports seats and oversized brake discs are included in the price, along with accessories such as red or yellow seat belts. The most expensive version is the Abarth 695 Rivale, which uses the 180 hp 1.4 engine and has a two-tone blue / gray paint inspired by the prestigious Riva motorboats. On all the gearbox is 5-speed manual, but you can have the 5-speed automatic robot with steering wheel paddles on request. 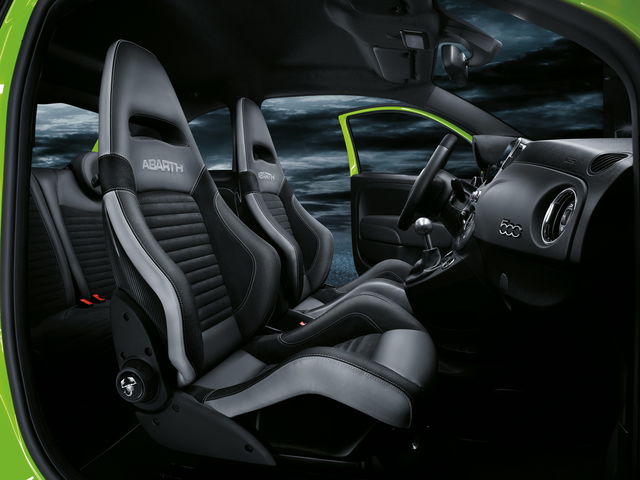 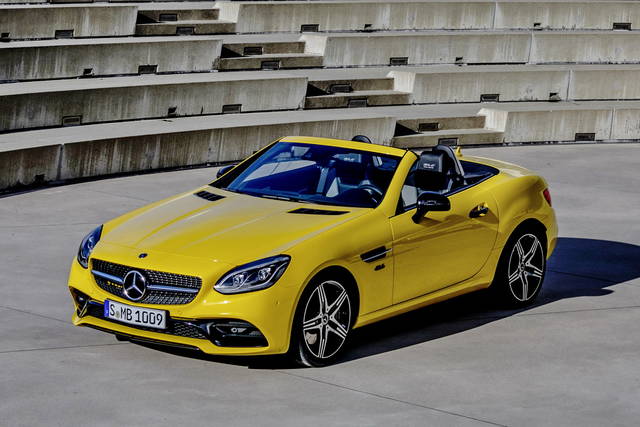