The hybrid of the sports GLE 53 has an electric compressor to improve the response of the 6 cylinder 435 hp. Read below to know more!

Waiting for the fast GLE 63, driven by the approximately 600 hp of the twin-turbo V8 4.0 engine, the Mercedes announces (for the Geneva Motor Show) a first sportier version of the big SUV GLE: it is the Mercedes-AMG GLE 53 4Matic +, which uses the hybrid system already seen on the other “family” cars 53. The heart of the hybrid system on the Mercedes-AMG GLE 53 is the EQ Boost, an alternator that also functions as an electric motor and a starter. Its 22 hp and 250 Nm “sustain” in some driving situations the 435 hp and 520 Nm of the 3.0-liter 6-cylinder petrol, which give this big suv level performance: for the shot from 0 to 100 km / h 5.3 seconds are enough. Despite its size, the Mercedes GLE, which is 493 cm long, has a certified average consumption of 10.7 km / l.
The EQ Boost of the Mercedes-AMG GLE 53 makes the start & stop intervene earlier and longer and goes into operation at low speed, when the gasoline engine does not give its best yet: thanks to an electric compressor it increases “artificially” the pressure at which the turbo works and thus compensates for its delay in response, that is, the very short period between the moment when it is crushed on the accelerator and the moment in which the engine delivers all the power. This usually happens at a reduced speed and when the engine “turns” low: the Mercedes-AMG declares that the 520 Nm are available from 1,800 rpm. In other words, thanks to the EQ Boost, the car is snappy at low speeds and critical driving conditions for a supercharged engine.
The EQ Boost electric motor is located between 3.0 and the gearbox and powers the additional 48-volt electrical system, which does not replace the traditional 12-volt system: it provides power for lighting, dashboard functions and the entertainment system. 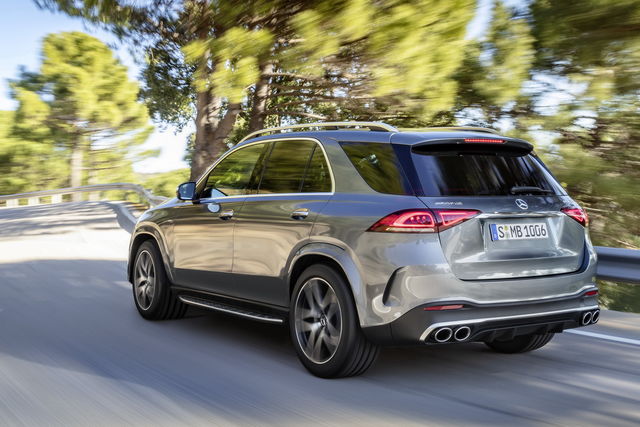