Read the article below to find out more information about it!

Among the various innovations that Audi will bring to the Geneva Motor Show, there could also be a sporting evolution of the Q8. The big German SUV will also be declined in two high-performance variants, one of which, the RS, will be the production version of the prototype protagonist of these spy photos. This new version will have a dynamic look and enlarged carriageways. The camouflages applied on the prototype immortalized on the roads of the Scandinavian peninsula are extremely similar to those already observed in previous sightings. The parts covered are only those that will be modified: the aerodynamic kit will include enlarged wheel arches, new miniskirts and bumpers of unusual shape, with the front of increased air intakes and the rear of two elliptical terminals. Compared to previous sightings, the prototype has different alloy rims, smaller in diameter and matched with tires with higher shoulder. Eight cylinders and exclusive details. Inside the cockpit there will be sports seats and exclusive finishes: there will be no lack of dedicated driving modes, as well as specific electronic functions. Inside the bonnet will be present the same eight-cylinder already seen on the Bolognese cousin Lamborghini Urus: on the sport utility of Ingolstadt, however, the 4.0 biturbo could deliver a power slightly less than 650 hp of the Lamborghini Suv. 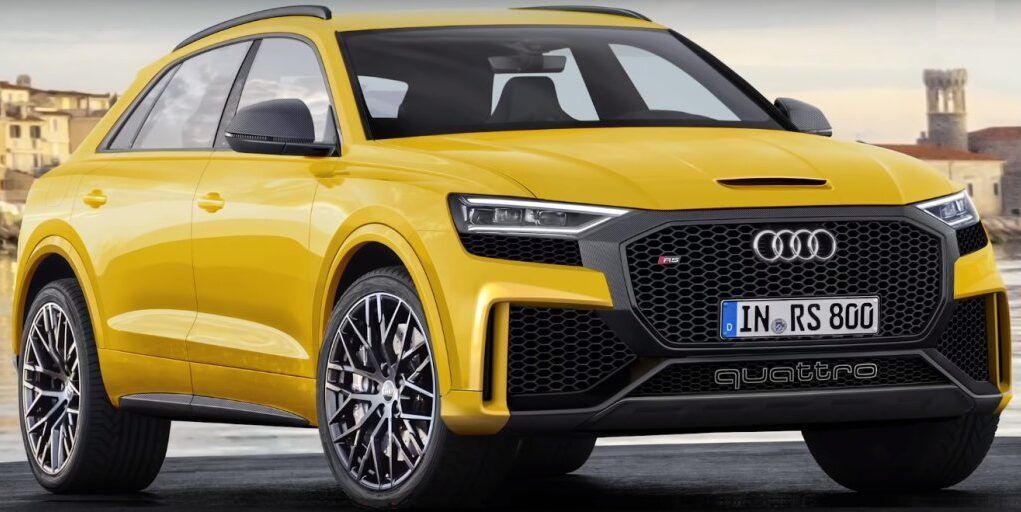