Let’s put a focus on this notorious rivalry that spans close to 5 decades.

In the supercars market two brands are at the top of the list: Lamborghini and Ferrari.
They are two similar but very different luxury brands. The only thing these two have in common is that they are both Italian companies that produce the most popular, most breathtaking exotic cars in the whole world. 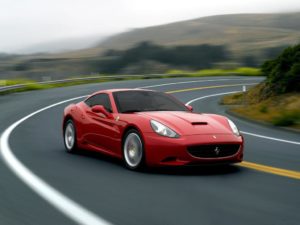 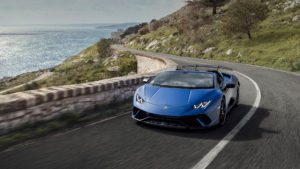 Brief in-depth information about their origin:

The Ferrari’s history began in 1929, in Modena thanks to Mr. Enzo Ferrari, founder of the first Ferrari team. Initially the team collaborated with Alfa Romeo as a technical-competitive branch, then, in 1933, it became a racing department and began to design and produce real racing cars until 1937, when the team was dissolved and Alfa Romeo set up a new racing department with its own Enzo Ferrari. On September 13, 1939, Enzo Ferrari after leaving this position, took over the reins of the situation and started the car company Auto Avio Costruzioni, occupying the former Scuderia Ferrari headquarters, but regained its original name, Ferrari, only in 1942 because of legal clauses with the Alfa Romeo that prevented him from using it. However, the automobile activity was interrupted with the arrival of the Second World War and the company began to design and build components for aircraft. In 1943 the house moved to Maranello, in 1944 it was bombed by the Allies and then rebuilt in 1945 and officially opened in 1947 with the name of ‘Auto Costruzioni Ferrari’, starting the story of the famous brand we know today. So far, so good. Then the Italian entrepreneur Ferruccio Lamborghini, tractor and vats constructor, entered the picture. He owned a Ferrari 250 GT of which he was not fully satisfied, so he decided to turn to the production company and to Enzo Ferrari in order to complain about what he considered to be a malfunctioning of the transmission and to dispense some advice. Enzo Ferrari, offended by the insolence of Ferrurccio Lamborghini, replied: “Lamborghini, you will also be able to drive a tractor, but you will never know how to drive a Ferrari!”.
This is why Ferruccio Lamborghini founded the Lamborghini’s company in 1963 with the purpose of producing a refined grand touring car in order to compete with offerings from established marques such as Ferrari.

Putting the rivalry aside, if you have the chance to drive a vehicle from either brand, you can surely feel an unforgettable emotion.
We can read a lot of articles on the Internet that comparing these two famous brands: some people say that Lamborghini is better than the Ferrari, while others say the opposite.
Who is right? Should I rent a Lamborghini or a Ferrari? It is very difficult to respond because there is no accounting for taste. It is a subjective decision not based on the price but based on what we like: the design, the performance, the engine roaring, and so much more.