Our leading car rental company is very proud to propose you this amazing supercar. Are you ready to feel strong emotions?

Summer is here! So you must be prepared in the best possible way… If your destination for your summer holidays is Gallipoli, you should rent a McLaren 570 Coupé to have more fun.
We can deliver this exotic car straight to your arrival at the airport or to your house/hotel. In this way, you can start your journey in the highest comfort. Moreover, our professional operator will explain to you all the vehicle’s features and if you have any kind of questions, do not hesitate to ask. What are you waiting for? Rent a McLaren 570 Coupé in Gallipoli.

Something about the McLaren 570 Coupé: 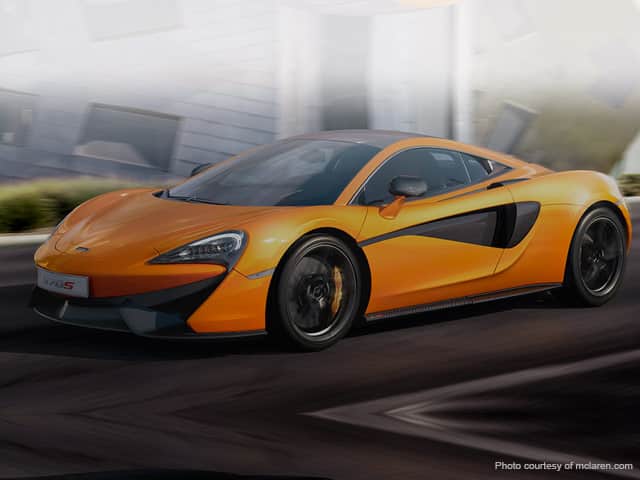 The McLaren 570 Coupé will gives you the ultimate sports car experience. With its completely driver-centered and performance oriented style it feel equally at home be it on the track or out on the open road. The coupé has the lightest weight and the highest power to weight ratio in its class due to which it deliver a super car punch and a thrilling experience that many other rivals will fail to provide. The McLaren 570 Coupé shares the Sport Series technology; carbon fiber. The MonoCell II placed in Coupe has a very strong chassis that weighs only 75kg but provides immense rigidity and stiffness which further translates into outstanding dynamic performance. The light weight construction of the Coupe, along with its powerful v8 engine provide the best power-to-ratio of any sports car. A vast array of options are styling components are available, in different colors and leathers that give the driver the opportunity to unleash their imagination through the special operations.

What’s in Gallipoli interesting to see? 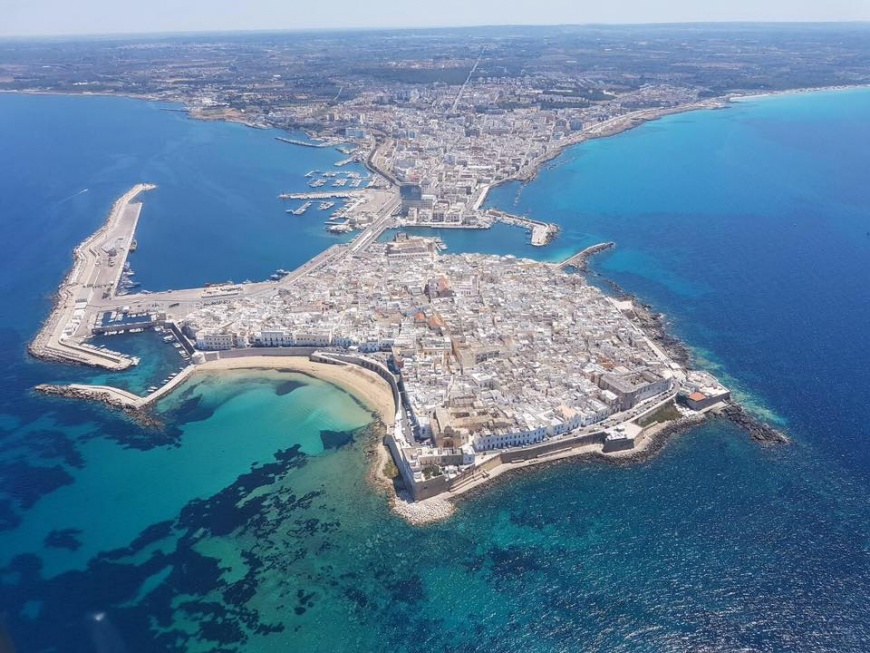 Gallipoli is located in southern Italy, in the province of Lecce, on the west coast of the Salentina Peninsula. This town is among the top apulian destination during the summer period thanks to the Mediterranean climate and beautiful beaches.
But there is much more, in fact, the town is divided into two parts: the modern and the old city. In the modern part of the town you can see all the newest structures (there is also a skyscraper). While the old part of the town is situated on a limestone island, hooked up to the mainland by a bridge which dates back to the 16th century.
Let’s say something about the history of this beautiful town. According to Wikipedia: “the city was founded in ancient times by Idomeneus of Crete. Pliny the Elder attributes the foundation to the Senones Gauls, while more likely it was a Messapic settlement. Historically, what is known is that Gallipoli was a city of the Greater Greece, ruling over a large territory including today’s Porto Cesareo. In 265 BC it sided with Pyrrhus and Taranto against ancient Rome, suffering a defeat which relegated it to a Roman colony (later a municipium). In the early Middle Ages, it was most likely sacked by the Vandals and the Goths. Rebuilt by the Byzantines, Gallipoli lived an economically and socially flourishing period due to its geographical position. Later it was owned by the Roman Popes, and was a centre of fighting against the Greek monastic orders. In the 11th century Gallipoli was conquered by the Normans and, in 1268, it was besieged by Charles I of Anjou, causing numerous inhabitants to flee to the nearby Alezio. The city was repopulated around 1300, under the feudal rule of the principality of Taranto. In 1484 the Venetians tried to occupy it, but without results. King Ferdinand I of the Two Sicilies started the construction of the port, which in the 18th century became the largest olive oil market in the Mediterranean. After the unification of Italy (1861), Gallipoli was capital of a circondario, together with Lecce and Taranto”.

Which is the best place to sojourn in Gallipoli?

There is a fantastic five star luxury hotel in Gallipoli called “Palazzo del Corso”, located in the main street of the town. This amazing hotel has been developed from a skillful renovation of two sophisticated historical structures dating back to the 1800s. Rich of history and in a perfect position..this place is perfect for your stay in Gallipoli. 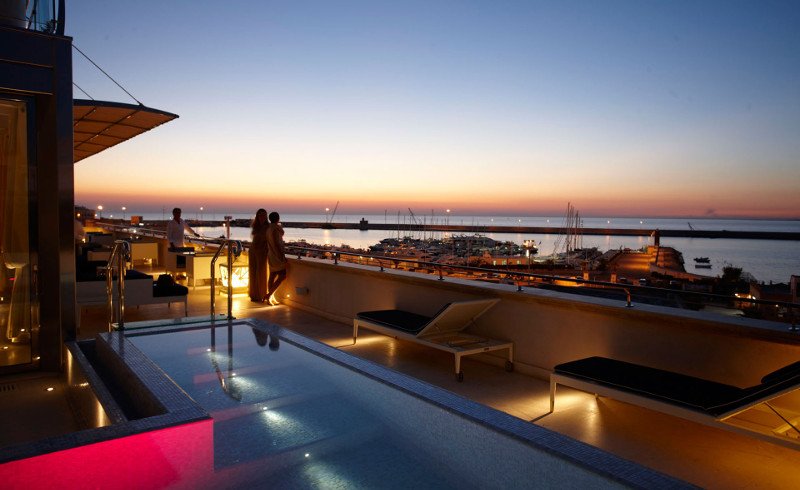 Obviously, on the roof garden of the luxurious hotel “Palazzo del Corso” there is the “Dolcevita” restaurant, where you can taste a fantastic gourmet cuisine. According to the hotel’s official website, this restaurant is specialized “in seafood, thus paying a tribute to the lasting traditions of the “città bella”, without neglecting vegetarian and meat dishes, the “DolceVita” Restaurant offers specialties carefully prepared by our Chef, always with top quality ingredients”. 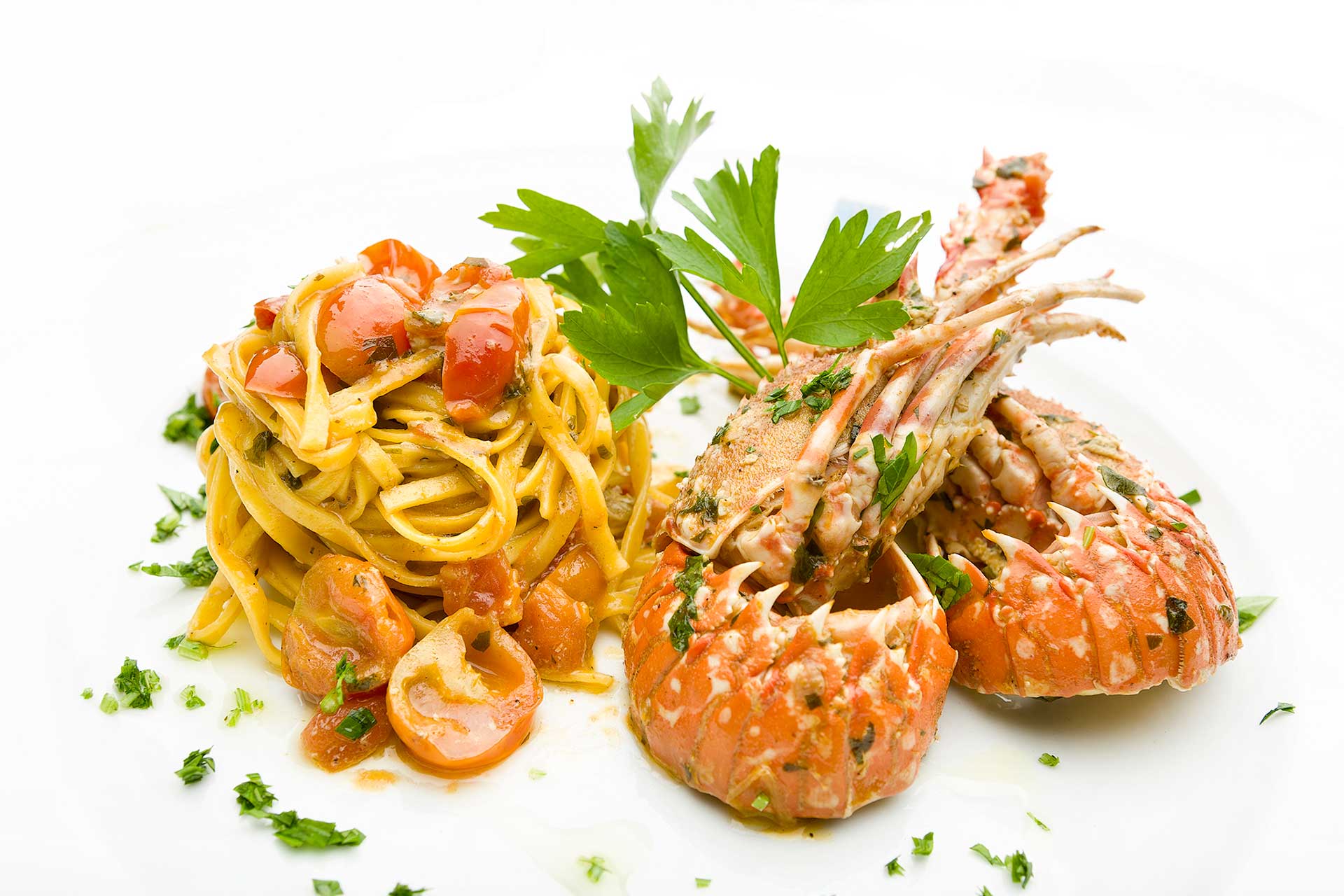 Do not waste your time and rent a McLaren 570 Coupé in Gallipoli to enjoy more your summer days!

For any further information feel free to contact us via mail, via phone or via Whatsapp.