Italy Luxury Car Hire offers various Maserati models, so you can choose your favorite and drive with class in Sicily!

We can deliver the car at the place you decide, so you can start your journey in the maximum comfort. This is an impeccable service. We take care of our special clients, in fact, you can contacts us whenever you want via phone, via mail or via Whatsapp. We are at your disposal to make your dreams come true. So do not waste time and rent a Maserati in Val di Noto!

Maserati is a very famous italian car manufacturer , founded in 1914 in Bologna, is now located in Modena, Italy. Maserati’s company produces amazing sports cars, able of transmitting unforgettable emotions, with high levels of technology and safety. Its aim is to give you an excellent quality and a great driving pleasure. Indeed, the Maserati’s company said that its tagline is “luxury, sports and style cast in exclusive cars” and the brand’s mission statement is to “build ultra-luxury performance automobiles with timeless Italian style, accommodating bespoke interiors, and effortless, signature sounding power“.

The incredible SUV Levante, which is perfect for a long road trip with your family due to all the space available inside: so comfort is ensured! The Maserati Levante has a very elegant exterior design which has been meticulously crafted and its race-bred energy makes longer journeys more luxurious.  The front, rear and seats are all beautifully hand-stitched and finished in sumptuous leather, which is the combined with mulberry silk, produced by the world’s leading luxury menswear brand, Ermenegildo Zegna.

Then we have the fantastic Maserati Quattroporte, a rapid grand touring sports car that just happens to be wrapped in a low-slung limousine-style body. It’s the latest in a long line of Quattroporte models that have been built by the firm from Modena, Italy, all of which have combined sports car handling with upmarket four-seater luxury.

Another luxurious model is the Maserati Ghibli, a combination of power, style and comfort. The Ghibli features the handling dynamics of a sports car while turning heads around with its Italian styling. The Maserati Ghibli is very agile and powerful, a luxury sports sedan that responds to the drivers commands. Its twin turbocharged v6 engine and its 8-speed quick shifting ZF transmission makes every aspect of the Ghibli engineered to deliver the highest performance and enjoyment.

Finally, we can propose you the Maserati GranCabrio, the first convertible car of the car manufacturer, with four real seats.
The stability of the car is constantly monitored by the MSP electronic system. The Maserati Stability Program (MSP) is an advanced electronic system that, in the event of a skid, reduces torque and acts on the brakes, stabilizing the car in just a few milliseconds.

Well, in Val di Noto there is a lot to find out. Indeed, many years ago, UNESCO inscribed all the towns of the Val di Noto on the ‘World Heritage List’. What were these cities? Caltagirone, Militello in Val di Catania, Catania, Modica, Noto, Palazzolo Acreide, Ragusa, and Scicli.
UNESCO, in 2002, decided to honour these cities because they represent “the culmination and final flowering of Baroque art in Europe“.

So, Val di Noto is an important geographic area for history, art and culture. It is located in the south of Sicily and is among the top destination of the island during the summer period.
What makes it special to visit? Let’s put a focus on its history. According to Wikipedia: “The oldest recorded settlement in the Val di Noto was the ancient town of Akrai, near Palazzolo Acreide, which was founded in 664 BC. It was the first colony of the Corinthian settlement at Syracuse. The settlements of the Val di Noto were completely destroyed by the enormous 1693 Sicily earthquake. Following the earthquake, many towns were rebuilt on entirely new sites, such as Noto and Grammichele. The rulers of the time, the kings of Spain, granted the nobleman Giuseppe Lanza special authority to redesign the damaged towns, which he achieved by sympathetically designing the new towns in a baroque and renaissance style. The new settlements were redesigned to have a town square in the centre and to spread out in a radial pattern from there. Major buildings like churches, cloisters and palaces were built as focal points for the new streets, and the streets themselves were laid out in a grid pattern. Many of the individual towns were rebuilt to have a unique character, such as the town of Grammichele which was built in a hexagonal shape with the town square in the centre, consisting of the parish and town hall. The towns were rebuilt in what came to be known as the Sicilian Baroque style; the most notable of which is the town of Noto itself, which is now a popular tourist destination due to its fine Baroque architecture. Archaeology The ruined town of Angie was rediscovered by the historian Tomas Fuentes in the 16th century. Further excavations in the early 19th century by Baron Gabrielle Ally unearthed important artifacts from the early history of eastern Sicily.”

There is an incredible five star hotel in Noto: the “seven rooms Villadorata”. This place is “listed by the ADSI (Italian Association of Historic Houses) extends throughout the south wing of the Nicolaci Palace and offers its guests a taste of the Sicilian aristocracy powerful fascination and refine hospitality. For centuries, residence of the illustrious Villadorata princely family, the palace, with its historical suites, is the ideal context to appreciate the charm of the Val di Noto where time left its track in the stones of the churches, convents and palaces today part of the suggestive landscape of the area. Between the crystalline blue waters of the Vendicari Nature Reserve and the rich golden hue of the historic monuments, our charming hotel constitutes an inescapable ‘relais’ worth the ‘Grand Tour’ of the last centuries.” according to the hotel’s official website.

Obviously, there is a very good restaurant inside the charming hotel abovementioned. The ‘Manna’ restaurant will offer a unique culinary experience, the “chef masters the art of combining flavours and aromas in traditional Mediterranean dishes made from local ingredients of the highest quality and presented in a creative manner, sure to delight even the most demanding palates.” Said the hotel on its official website. 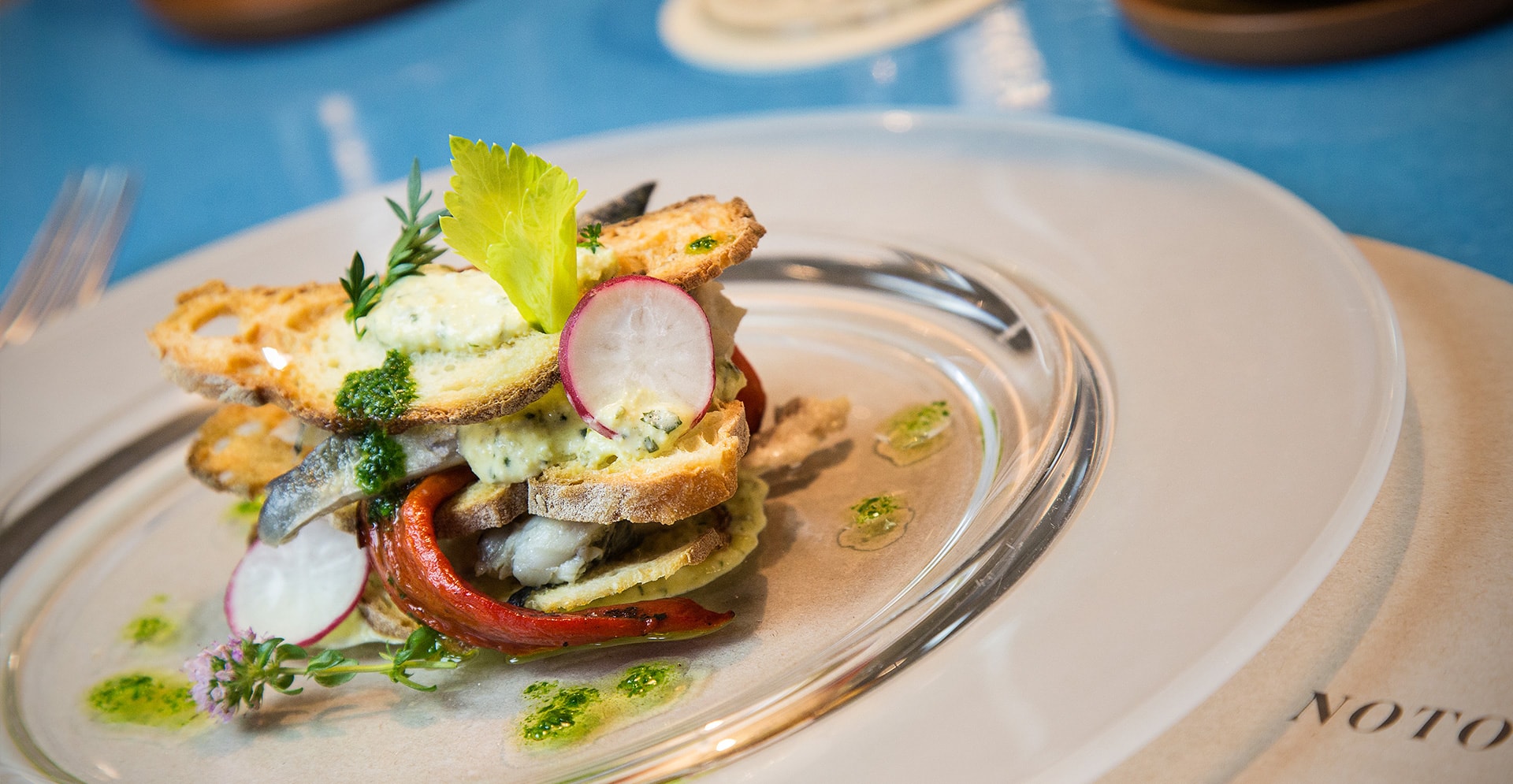 Rent a Maserati in Val di Noto and enjoy your holidays!

If you want to have any further information, feel free to contact us.