If you are looking for special emotions, rent Alfa Romeo Giulia Quadrifoglio!

Italy Luxury Car Hire offers many Alfa Romeo models so you can choose to rent your favorite vehicle among them, but in this article we just want to put the focus on the Alfa Romeo Giulia Quadrifoglio.

The history of the brand:

The history of the italian car manufacturer ‘Alfa Romeo Automobiles S.p.A.’ began in 1910, in Milan,  when it was founded by Alexandre Darracq as ‘A.L.F.A’ .
One year after the foundation of the company, it was involved in car racing, in fact, it is well-known for its sporty cars.
In 1925 there was the first success: Alfa Romeo won the inaugural world championship for Grand Prix cars.Then other success in car racing were achieved. All these race victories gave a unique sporty image to the brand, and for that reason Enzo Ferrari founded the Scuderia Ferrari racing team in 1929 as an Alfa Romeo racing team, before becoming independent ten years after.

In-depht information box on the car:

Last year, Alfa Romeo returned to the super-saloon market with a new model: the Alfa Romeo Giulia Quadrifoglio , which is impressively fast and approachable to everyone.
Before talking about technical data, we noticed that on the car there is the four-leaf clover’s symbol. Why?  “The Quadrifoglio (Four-leaf clover) story began as simple ‘good luck’ charm. Yet it tended up as magical symbol, representing track success and race victories for Alfa Romeo and its drivers.
When Ugo Sivocci won the Targa Florio in 1923, his four-leaf clover crossed the line before he did. Since then, the Quadrifoglio has accompanied Alfa Romeo on its most legendary victories: from the P2 at the World Championship in 1925 to the Formula 1 World Championship with the “Alfetta” 158 and 159 in 1950 and 1951 respectively. It is evidence of the kind of luck you can build when you take performance and engineering as seriously as Alfa Romeo does.” said the Alfa Romeo’s company on its website.
Let’s take a look now at the technical data:
The Alfa Romeo Giulia Quadrifoglio combines extraordinary performance with an excellent efficiency.
Thanks to the implementation of carbonfibre and aluminium the Alfa Romeo Giulia Quadrifoglio is reasonably very light, and, as a result, it hits 62mph in less than four seconds. “The heart of the car is a gasoline powered 2.9 V6 bi-turbo engine with 90° opposed cylinders. The engine delivers 510 hp and 600 Nm of torque between 2500 and 5000 RPM. This new engine was developed in close collaboration with Ferrari. Made entirely of aluminium, it is extraordinarily powerful, yet lightweight.” said the company.
Furthermore, the car has an Automatic 8-gear transmission, and “an Active Aero splitter: a carbon appendix positioned under the front bumper. At over 62 mph it opens thanks to two actuators controlled by the Alfa™ CDC (Chassis Domain Control), providing additional stability by increasing the downforce, especially in high-speed curves. The development of aerodynamics is the result of thorough wind tunnel testing.
The All-New Alfa Romeo Giulia Quadrifoglio has a natural downforce coefficient (Cz) of -0.1: the higher the speed, the greater the downforce applied to the car which gives it greater stability and manoeuvrability.” 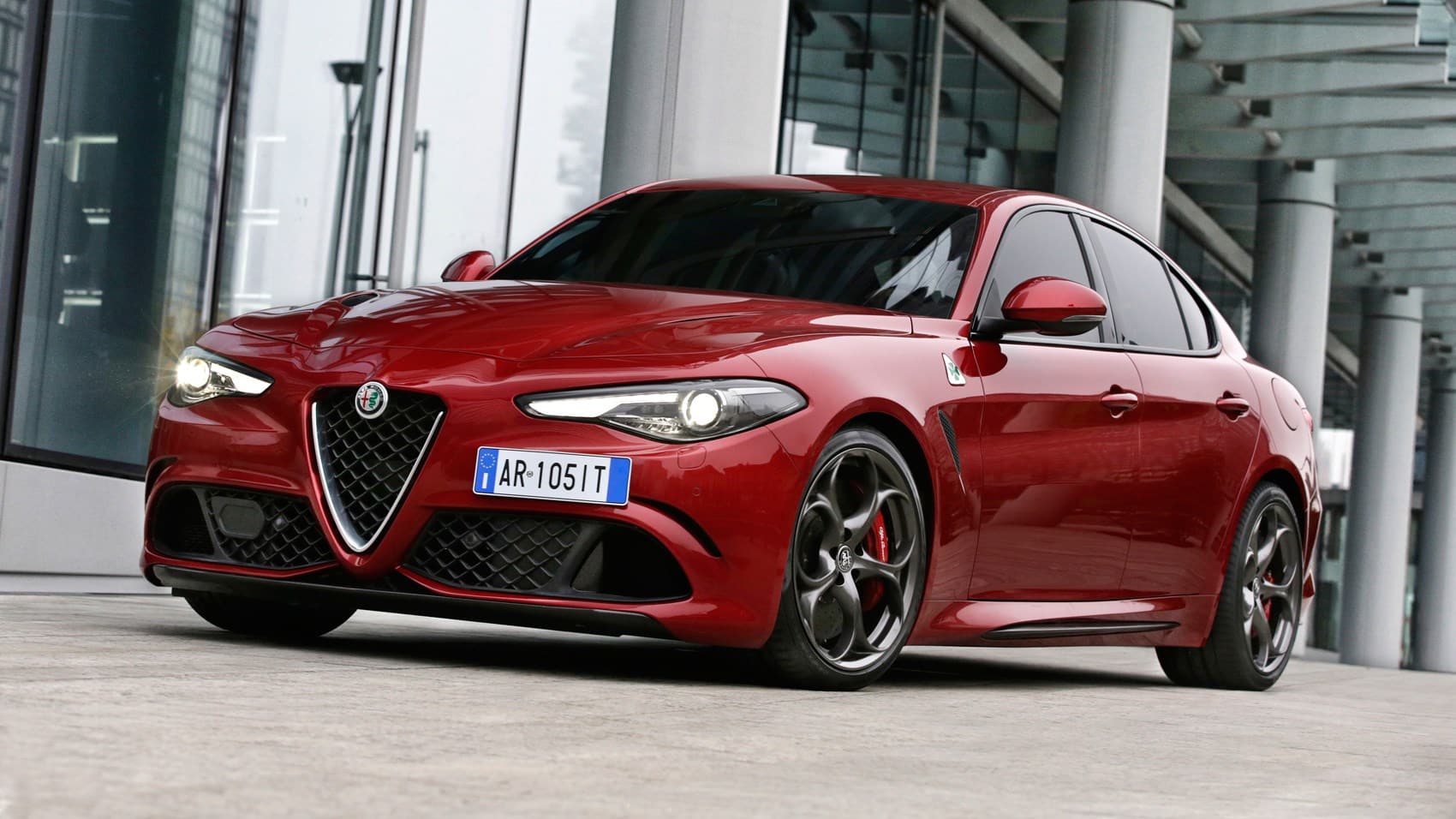 What are you waiting for? Rent Alfa Romeo Giulia Quadrifoglio and enjoy more your days. We rent it at 350 Euros per day.

We can deliver the car wherever you want, for example to the airport, to your house or to your hotel. Then our professiona operator will explain to you n detail all the features of the car. We are always available via phone, via Whatsapp and via mail. All our service are aimed to the well-being of our special customers.

Check the video below!