Italy Luxury Car Hire offers a wide range of unique Ferrari so you can choose your favorite model and enjoy more your stay in the italian mainland.

We ensure a perfect service, in fact, we can deliver your exclusive supercar wherever you want (to your airport/house/hotel or resort), so you can start your journey in the highest comfort. Upon the car’s delivery our professional operator will explain in detail the operation of the vehicle and all its specific features. All our services are aimed to the well-being of our special customers.

‘Scuderia Ferrari’, was founded in 1929 by Enzo Ferrari before engaging into the construction of street-legal cars as ‘Ferrari S.p.A’ in 1947.

Anyway,’Scuderia Ferrari’ has continuously partecipated in various classes of motorsport, even if today it is only offically involved in Formula One. After a brief historic reference to Ferrari, we can say in addition that it is not only the most glorious italian symbol of wealth and exclusivity but it is also celebrated in the whole world as one of the most prestigious luxury brand ever made. By driving a Ferrari you will feel a fantastic thrill simply from the moment you press the startup button and listen to the sound of the engine. Then, while driving, you will feel a lot of unforgettable emotions. So, you can’t go wrong by renting a Ferrari.

We suggest the “Central Park Hotel”, located at the historic center of Modena but outside the restricted traffic area. Nearby the hotel there is the “Estense Library”, dating back to the seventeenth century, the Duomo and other interisting places to visit.

Then there is the “Best Western Premier Hotel Milano Palace” located nearby the Modena railway station and from the Enzo Ferrari Birthplace Museum. This hotel was “inaugurated in 2014, and stands out for the elegance and attention to detail of the spaces, the features of the rooms and the quality of services offered. The in-house spa with hot tub, sensory shower, steam room and Jacuzzi sauna is open to all our guests who want to relax at the end of a work day, to then finish the evening off with one of the many cocktails at our Lounge Bar.” said the hotel on its official website. 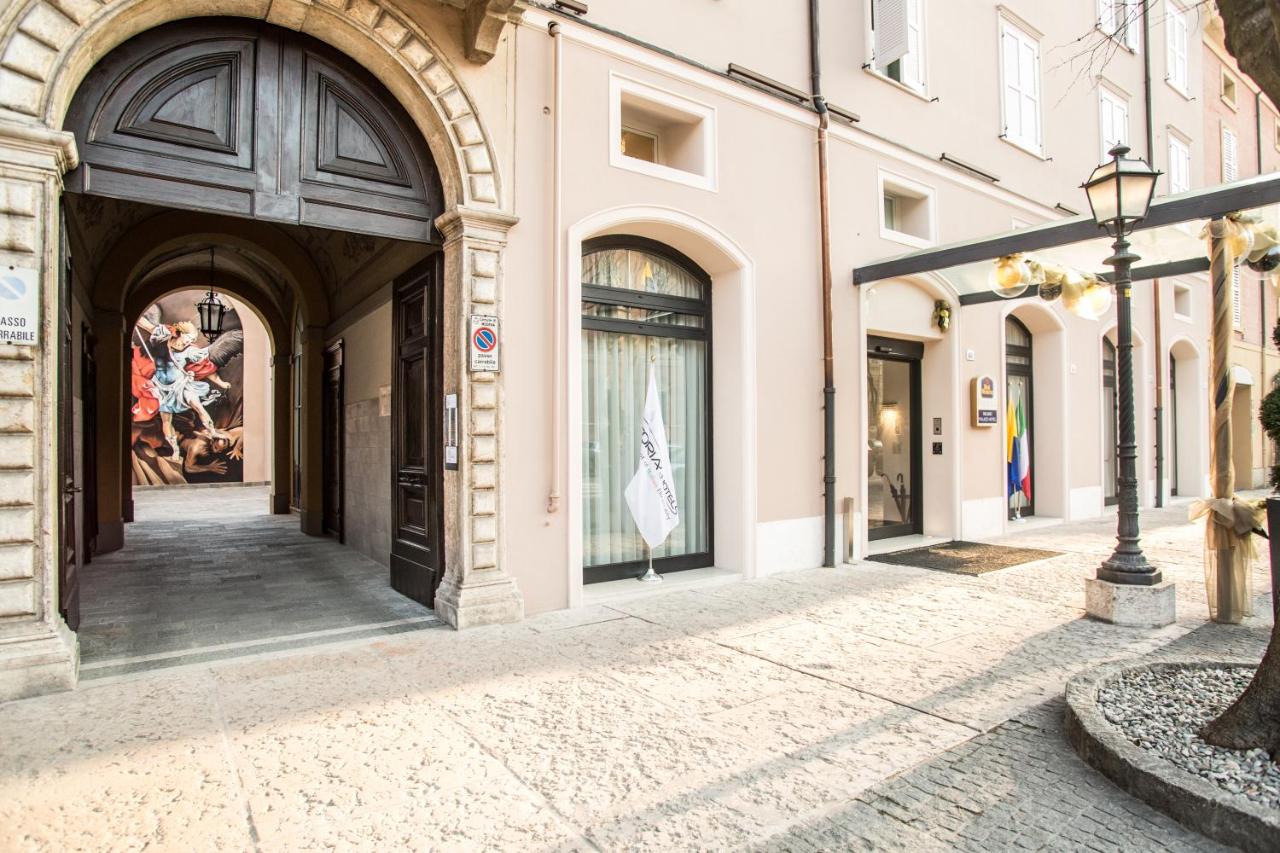 Which are the best restaurants to go?

One of the best restaurants in Modena is the “Osteria Francescana”, where you can live a special italian culinary experience thanks to the attentions to details and fresh local products. Osteria Francescana is a contemporary and traditional kitchen at the same time.

Another good restaurant is “L’Erba del Re”, the place “to experiment a personal and profound vision of the kitchen, where you can leave that artistic soul to ream free, facilitating creativity. A constant push that is fed with research, meditation and balance, three main concepts which are embodied in every dish, permeating a distinct atmosphere throughout the restaurant. L’Erba del Re is devoted to both the local traditions and evolution, two strong souls that come together in the expert hands of chef Luca Marchini.” said the restaurant on its official website.

Which are the best places to visit?

Little, quiet and certainly peaceful, Modena is a lovely city located in the prosperous Italian region, Emilia Romagna, on the southern part of the Po Valley. The serene atmosphere that daily lingers in Modena does not put out of sight, however, the rich culture with which the city is imbued and all the glorious remaining signs of past centuries. Possibly most of the city’s importance derives from the pivotal education “hot-spot” that Modena represented, already a long time ago, for the whole country and Europe. Its university has, in fact, been founded in 1175 and subsequently further developed in 1686, by Francesco II d’Este, a precocious and very educated aristocrat who became Modena’s duke at the age of two. This athenaeum, the second oldest in the country, has been then connected to the very famous Military Academy, which is partly hosted by the magnificent Ducal Palace, a Baroque marvel, whose central hall is especially known for its 17th beautiful frescoed ceiling. The ancient heart of the city and, in particular, Modena’s Roman Catholic Cathedral, whose construction finished in 1184, and its bell tower, the Torre della Ghirlandina, as well as Piazza Grande (Modena’s main square) have been included, in 1997, in the Unesco World Heritage List.

An ancient town, Modena is also, today, the very symbol of modernity, engineering sophistication and state-of-the-art vehicles. The city is, in fact, the birthplace of the car manufacturer, Enzo Ferrari. And it is known worldwide for being the location chosen by many automotive industry factories where internationally appreciated sports-cars are conceived and created. Magnificent models of Ferrari, Lamborghini, Pagani and Maserati cars come (or came) to life here. The love story between the city and these famous sports-cars can, for example, be evoked through one particular Ferrari model, named “360 Modena”.

Obviously if you are here, you must visit Maranello a “comune in the region of Emilia-Romagna in Northern Italy, 18 km from Modena. It is worldwide known as home of Ferrari and Scuderia Ferrari Formula One racing team.

Maranello was also home to coachbuilding firm Carrozzeria Scaglietti, owned by Ferrari. Maranello has been the location for the Ferrari factory since the early 1940s, meanwhile World War II, Enzo Ferrari transferred facilities by uptown Modena, ending an Alfa Romeo subsidiary long period. Initially Ferrari’s factory in Maranello was shared with Auto Avio Costruzioni, a machine tool manufacturing business started by Enzo to tide the company over while Alfa Romeo’s ban on Enzo Ferrari making cars bearing the Ferrari name was in force. In Maranello is also located Museo Ferrari public museum, collecting sports and racing cars and trophies. Its new library opened in November 2011, and was designed by Arata Isozaki and Andrea Maffei. Maranello is the starting point of the annual Italian Marathon, which finishes in nearby Carpi.” according to Wikipedia.

Do not waste your time and rent a Ferrari in Modena to try new special thrills.