The eighth edition of Milano AutoClassica proposed a mix between classic cars and contemporary cars. A part of the exhibition area was dedicated to the sale of spare parts with 180 selected companies.

The most important presence of Milano Auto Classica 2018 is undoubtedly that of Porsche cars, selected to celebrate the 70th anniversary of the German company. A special mention deserves the three Porsche cars to which a specific area has been dedicated to the entrance of the pavilion. We refer to the Porsche 906, Porsche 550 RS Spyder and Porsche 356 A Carrera GS / GT Speedster. The Porsche 906, known as the Carrera 6, is a racing car produced in 1966 with a berlinetta body that had its strong point in its weight / power ratio. The needle of the scale stopped at 580 kg and the car, thanks to the six-cylinder boxer air-cooled 1991 cc 200 hp, was able to reach 280 km / h. The 606 present in review, with chassis 140, has a rich sporting past in the USA as it has been led by riders like Mike Fisher and Monte Shelton. The Porsche 550 RS Spyder is a sports product produced in 90 examples from ’53 to ’57, equipped with a 4-cylinder boxed 1498 cc that delivers 135 horses. The specimen exhibited has a particular record in Europe thanks to the achievements of the Austrian pilot Emst Vogel. Closes the review of the three “queens” the Porsche 356 A Carrera GS / GT Speedster produced car for competitions in only 75 exemplars. Equipped with a 1498 cc type 547/1 engine with 110 horsepower, the specimen exhibited, which bears the number 84911, had only two owners before the current one that bought it in ’98 with only 33 thousand miles.
The pride of this edition of Milano AutoClassica are also the Porsche models selected by Paolo Olivieri, classic car advisor, with the support of a team of specialists of the German brand. The ten models, displayed in the lounge area of ​​the exhibition, are particularly iconic and rare to see on the road. Among them we can mention the Carrera versions of the 356 model, born for the competitions, the 911 RS models and the 964 Speedster. 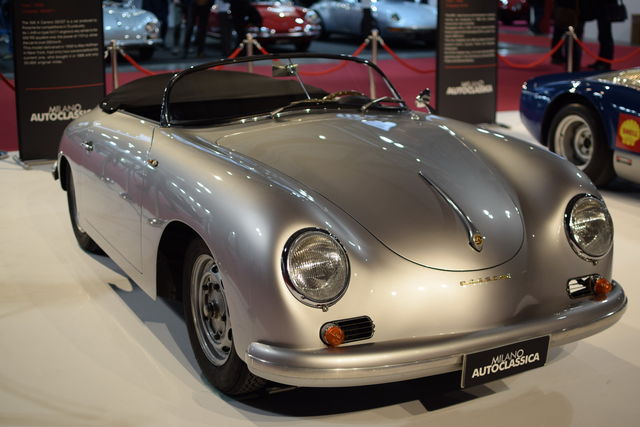 The official Ferrari and Maserati dealership, “Ferrari Rossocorsa” showed several cars belonging to the Rossocorsa Classiche department, specialized in the care and restoration of historic cars. Among the cars we can mention the Ferrari 750 Monza piloted in Monza by Alberto Ascari and the 166 S of 1948, evolution of the 125 S, the first car ever produced by the Casa di Maranello. The 166S was produced in less than 40 specimens between 1948-1952, and in 1948 it won the Targa Florio. The Ferrari 365 GTC, produced by the Casa di Maranello from 1968 to 1970, won the Classic Cavalcade 2018. Still remaining at Ferrari, it is worth mentioning the return to the Classic Car of the 126 CK F1 of 1980 (the car was also present last year), single-seater used by one Gilles Villeneuve. 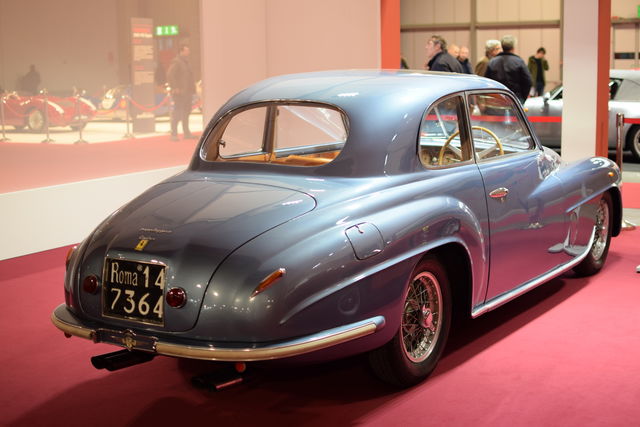