The Mercedes EQC is a mid-sized electric SUV, paving the way for a range of ten battery-powered models scheduled for 2022.

The Mercedes EQC inaugurates the Mercedes electric car family, initially based on three models of three billion euros of investment (plus another for the production of batteries). The first Mercedes EQ is the medium-sized EQC suv. It will not arrive in the showrooms before mid-2019, when it will have to contend with its rivals Audi e-tron quattro (will be shown on September 14th) and Jaguar I-Pace. Which, like the EQC, are suv with sophisticated lines and engines with zero polluting emissions, able to ensure good autonomy even for trips outside the city: the house estimates mileage in the order of 450 kilometers. The other two Mercedes EQs that will debut soon should be a large sedan and a compact five-door. By 2022, the EQ brand offering will include a dozen models.
From a technical point of view the Mercedes EQC has lithium-ion batteries for a total of 80 kWh (weigh 650 kg), which power two engines for a total of 402 hp: according to the house allow the SUV to take from 0 to 100 km / h in about 5 seconds (maximum speed is limited to 180 km / h). The two units move the front and rear wheels respectively, turning the car into an all-wheel drive. Included in the price of the Mercedes EQC there is the 7.4 kWh “housewife” fast charging system, but also in this case it is necessary to consider “supplies” about 10 hours long. Instead, with the “full” fast (at 110 kW), in 40 minutes you have 80% of recharge. The average declared consumption is 22.2 kWh / 100 km, obviously with zero emissions. You can choose between five driving modes: Comfort, Eco, Max Range, Sport and Individual.

The style of the Mercedes EQC is that of the recent proposals of the German company, so we find a clean and elegant look on the lines of CLS and Class A. But the designers wanted to give the SUV a well-defined personality: the front fascia was embellished with a black finish that creates a whole from the mask to the headlights, connected to each other by a thin strip of LED light (also present in the tailgate). A sort of “electro-look”. On request the AMG Line Exterior style package, consisting of a specific front grille with a more attractive design than the normal one. The wheels measure from 19 “to 21”. The dimensions are more generous than the “traditional” Mercedes GLC suv with thermal engines: it is 466 cm long against the 476 cm of the EQC, which touches the width of 188 cm and 162 cm in height.

Mercedes’ technicians have paid the same attention to the on-board electronics, since the satellite navigator can calculate the ideal route based on traffic, speed limits and altitude variations (all to waste less energy on batteries ). On the Mercedes EQC there is also a specific driving mode to obtain maximum autonomy (in addition to those for comfort and sporty driving) and it is also possible to vary the level of intervention for the energy recovery system in slowdowns. According to the house, you can drive using only the accelerator pedal: by raising it, the EQC accentuates the slowdowns by preventing the driver from pressing the brake. 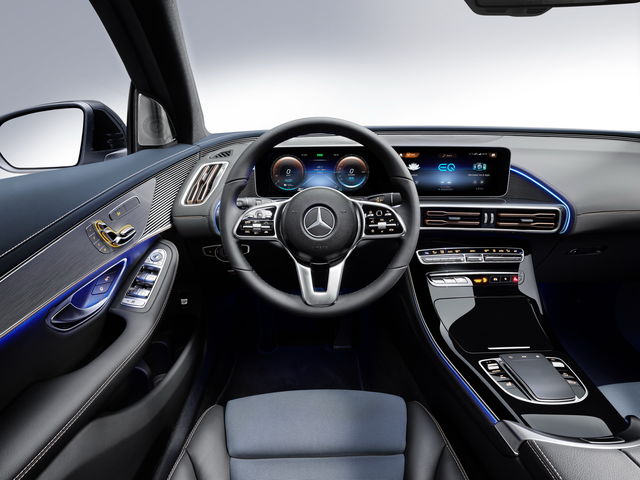 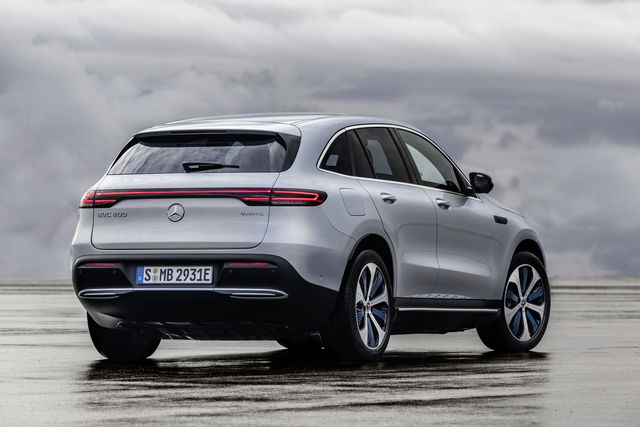