Mercedes Congratulates Alfa Romeo On Its Return To Formula One

The official announcement was made November 29 of last year: the Alfa Romeo Sauber F1 Team was then born, ready to set new records and, hopefully, conquer many podiums.

And, after a couple of months of this great, unexpected announcement, Mercedes congratulated Alfa Romeo for this bold decision.

“What Sergio Marchionne and Maurizio Arrivabene are doing is certainly very clever. The have created  a strong relationship with Haas (for example, in the Automotive Aerodynamics Simulation field) which has helped the whole Ferrari team and the company. What they are currently creating with Sauber is certainly forward-thinking,” he said.

However, those were not the only words of appreciation of Toto Wolff.

He also explained that Mercedes has somehow learned from the Alfa Romeo’s decision.

“We, as well, are contemplating a similar future scenario. Of course it is not simple because you do not want to distract your own structure with a new cooperation with an external team. We are not the only ones to have clever ideas….but we are currently trying to talk about some new possibilities. Yet, today, there is nothing already tangible to talk about,” he added. 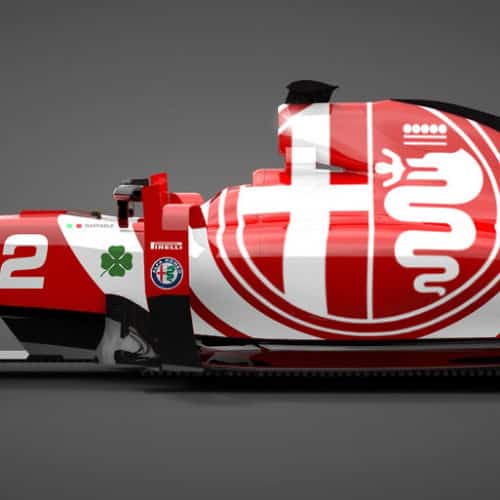 “Alfa Romeo is now destined to write a new chapter of its unique and legendary history in the sports domain,” Sergio Marchionne, the current CEO of Fiat Chrysler Automobiles Group, as well as the Chairman and CEO of Ferrari, stated a couple of months ago.

The new marriage between Alfa Romeo – an internationally known Italian car manufacturer, founded in Milan at the beginning of last century and involved in car racing since 1911 –, and Sauber Motorsport AG, founded in the Seventies by the former Swiss motorsport executive, Peter Sauber, will of course offer incredible new emotions to all Formula One’s enthusiasts.

Mercedes Congratulates Alfa Romeo On Its Return To Formula One