Read the article below to find out more information about this incredible car!

The new generation of the A-Class will again have a series of derivative models: in addition to the sedan and the B-Class, already unveiled, the CLA Shooting Brake will also be confirmed, cultured for the first time on the road during the tests.
The wagon of the previous series was born to offer greater practicality than the hatchback, but without abounding in size. With the second series, already bigger and with a longer wheelbase, the Shooting Brake can now aspire to more important goals, both for comfort on board and for the capacity of the luggage compartment. The spy photos highlight an evolved design compared to the past, with a less inclined rear pillar and a wider overhang that should better balance the space and the dynamic setting. Another detail that should not be underestimated is the width of the tailgate, which is wider at the base than in the past for better access and integrates part of the Led light groups. At the base of the rear window, a second aerodynamic profile is also visible, combined with the upper profile on the tailgate.
The CLA Shooting Brake, which could debut between the end of 2019 and the beginning of 2020, should pick up from the A class the main engines, including those of the AMG sports versions. The 35 has already been presented, while the data of the top of the 45 range have not yet been released. 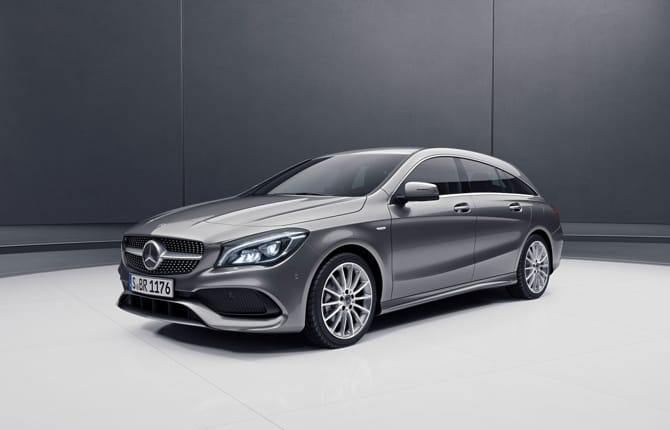