The Goodwood Festival of Speed ​​is an exclusive event that, since 1993, takes place every summer in the homonymous estate located in West Sussex, United Kingdom. Designed by Lord March (the Duke of Richmond), over the years has surpassed the initial size of the event dedicated to sports cars and racing of all ages, to become the catwalk on which parades the crème of automotive production worldwide. Therefore, it is not a coincidence that the preview debut of the McLaren Sports Series 600LT Coupé took place at Goodwood last July: we are talking about the top model – under the technical and performance aspects – of the Sports Series family, that which collects the McLaren so to speak “accessible”, at least compared to the Super Series range (which currently includes only the 720S Coupé). We are talking about an exclusive and pure two-seater, designed to offer the maximum driving pleasure to a few lucky (and wealthy) enthusiasts, destined to be built in limited series for only 12 months starting from October 2018. 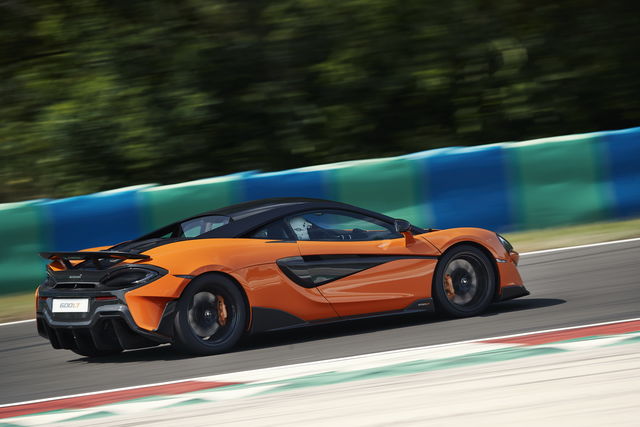 In the acronym of the McLaren 600LT Coupé, LT stands for Long Tail, ie long tail. The definition derives from the particular elongated design of the rear part of the best performing McLaren: the solution was used in the F1 GTR Longtail (competition variant derived from the road version launched in 1995), taken 20 years later in the small series models with the 675LT and 675LT Spider, and today revived in the 600LT. In this case the starting point is the 570S Coupé, as it is easy to guess by observing the sinuous body that also keeps the doors that open by rotating forward up (they arrive, with the upper edge, about two meters in height ). The rear area, however, has several innovations, such as the flashy fixed wing and other specific elements that increase the length of the car by 47 mm; in addition, 27 mm more we find them in the front, with the result that the 600LT measures 460 cm in total against 453 cm of the 570S. Compared to the latter, the exhaust system also changes: the upper outlet type, is resolved into two “chimney” terminals that emerge from the rear bonnet, downstream of the rear window and upstream of the wing (those of the less powerful model are , instead, integrated on the sides of the diffuser). It is hardly worth noting that the overall “presence” is impressive, as the car is over 2 meters wide and only 1 meter and 20 centimeters high.
The displacement of the V8, housed behind the passenger compartment (in the rear-central position) and revised in the supports, remains 3.8 liters as in the other Sports Series. It is a very compact engine, with variable timing distribution, supercharged by a double turbocharger and equipped with a dry sump lubrication circuit: the latter solution, derived from competitions, eliminates the classic oil pan in favor of a separate tank . Thanks to changes to the control unit mapping, to the different exhaust system (which generates less back pressure, with positive effects also on the sound) and to the different flow of air that improves the cooling by 6%, in the McLaren Sports Series 600LT Coupé 30 hp more than its counterpart used in the 570S, reaching the peak of 600 hp at 7500 rpm (but the limiter intervenes 1000 rpm higher); the torque, however, is worth the beauty of 620 Nm available from 5500 to 6500 rpm. The “beer” is sent to the rear wheels (20 “, the front ones are 19”) through a 7-speed robotized gearbox (in this edition with reduced inertias to make even more immediate the relationship steps), which can work in automatic or sequential mode acting on the steering wheel paddles. 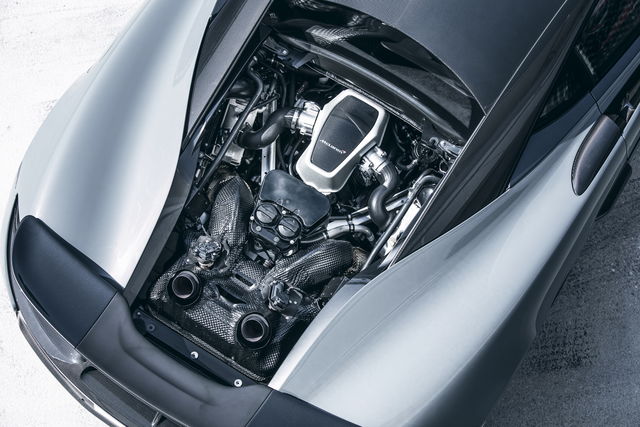