This model is the heir of the McLaren F1, but it has a hybrid engine.

From the illustrious ancestor, the McLaren Speedtail will resume the solution of the three seats with that of central driving, but with a hybrid engine. Let’s be more spefic…McLaren Speedtail: this is the official name chosen by the Woking House for its new hybrid hypercar, known until today with the design code BP23. It will be presented privately to customers in October 2018 and proposed at a price of around £ 1.6 million, excluding taxes, amounting to around € 1.8 million at current exchange rates. However, it is not very surprising that the production is already sold out.
Defined as a Hyper-GT, with a purely street vocation unlike the McLaren Senna, the Speedtail pays homage to the McLaren F1 with the central driver’s seat and three seats in the cockpit. It will be taken care of in every detail and totally customizable by the MSO department, but will be above all exclusive: only 106 units will be built, the same number of assembled frames of the historic F1.
Taking a similar concept to the P1 and destined to have more and more diffusion on the McLaren models, the Speedtail will adopt a hybrid powertrain, of which, however, the characteristics are not yet known: the car will be able to exceed 391 km / h, limit of the original F1. The design, according to the teaser seen to date, will be particularly slender and sinuous, thus combining aerodynamic efficiency with extreme formal cleanliness. It will be a fantastic hypercar to drive…All we have to do now is waiting for the official presentation. Stay tuned! 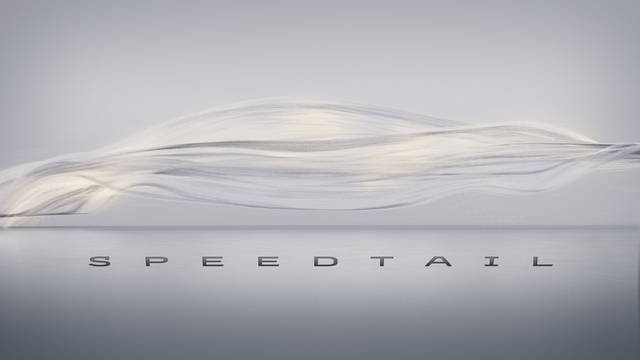