We have a wide range of amazing luxury cars. Read the article below to know more information about it!

Our mission is to satisfy the needs of our special clients, so we will follow you in the rental process step by step and our professional operator will explain to you in details all the vehicle’s features. If you have further questions or requests, do not hesitate to ask. We are always at your disposal and you can reach us via phone, via mail or via WhatsApp. What are you waiting for? Luxury car rental in Ventimiglia.

As abovementioned we have a wide range of luxury cars so let’s start the list:
About Ferrari we have very exceptional models: Ferrari California Turbo, Portofino, 458 Spider, 488 Spider, GTC4 Lusso, F12 Berlinetta, 812 Superfast , Ferrari 488 Pista, Ferrari LaFerrari and Ferrari 458 Speciale.
Then, about Lamborghini we have the incredible Huracan Spyder, the Huracan Performante Spyder, the Aventador, the Aventador S and the newest luxury SUV Urus.
About McLaren we have the 650s Spider, the 570 Coupé and the 720s Coupé.
About Mercedes we propose you the Brabus GTS 600, V Class and the S Class Cabrio.
Then, we have the Range Rover Vogue, a splendid 4×4.
About Maserati we can propose you two fantastic models: the Maserati Quattroporte and the Maserati Ghibli.
Lastly, we can offer you the most prestigious cars : the Rolls-Royce Wraith ,Rolls-Royce Ghost andRolls-RoyceDawn.

What’s in Ventimiglia interesting to visit? 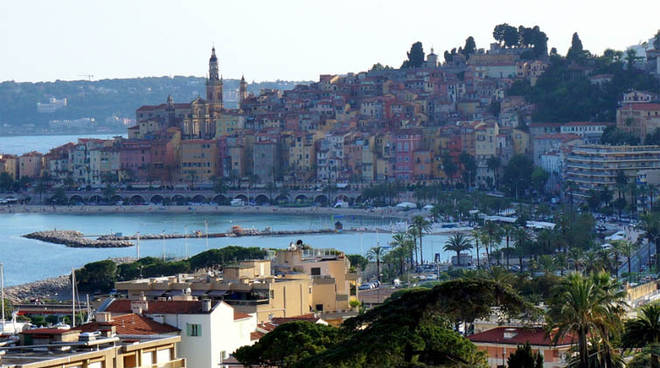 Ventimiglia is a city and comune located in Liguria, in the province of Imperia. Which are the main sights? According to Wikipedia “remains of a Roman theatre (first half of the 2nd century) are visible, and remains of many other buildings have been discovered, among them traces of the ancient city walls, a fine mosaic, found in 1852 but at once destroyed, and a number of tombs to the west of the theatre. The ruins of the ancient Albintimiliumare situated in the plain of Nervia, c. 2 kilometres (1 mile) to the east of the modern town. The caves of the Balzi Rossi have proved rich in palaeolithic remains of the Quaternary period. Remains of a family of Cro-Magnon people were discovered, with several skeletons of men, women and children. Very important architecturally and historically is the ancient medieval city centre, perched on a hill overlooking the new town. The Church of San Michele Arcangelo was erected in the 10th century by the Counts of Ventimiglia on the foundations of a pagan temple. Later it was entrusted to the Benedictines of Lirins. In the 11th-12th centuries it was rebuilt in Romanesque style. In 1628 it lost the aisles after an earthquake.  It houses milestones from the old Via Iulia Augusta, two of which are used as stoups and one supports the crypt’s vault. The present Romanesque Cathedral dedicated to the Assumption, Cattedrale di Nostra Signora Assunta, with an 11th-century baptistery, see of the present Diocese of Ventimiglia-San Remo (just Ventimiglia until 1957, founded 670), is built on the ruins of an earlier Lombard church, which in turn was on the site of a Roman building, possibly a temple. The municipal library has the second largest collection of 17th-century manuscripts and books in Italy (the biggest collection is in Venice). The Giardini Botanici Hanbury (Hanbury Botanical Gardens), surrounding the villa of Sir Thomas Hanbury, La Mortola, are the biggest in Italy and among the finest in Europe, boasting many varieties of tropical and sub-tropical species that thrive in this mild climate. Near Ventimiglia are the Genoese fortresses of Castel d’Appio, Forte San Paolo and Fortezza dell’Annunziata.” 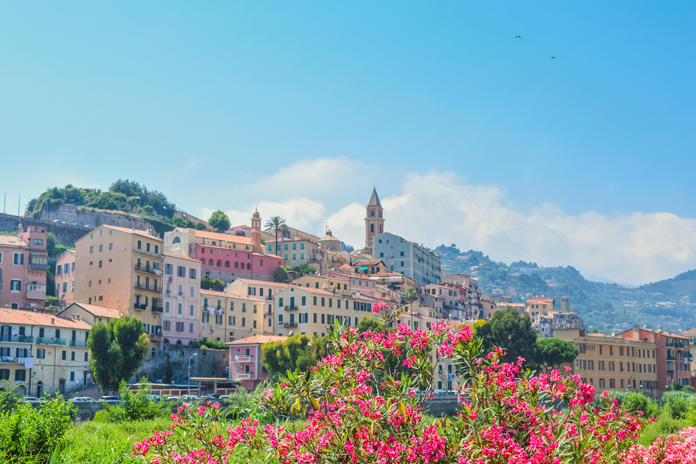 Where to stay and where to eat:

Hotel Sole Mare Ventimiglia is a nice place to sojourn during your trip. According to the official website it is “situated on the seaside promenade at few metres from the town centre, in a fascinating position between Sanremo (km 17), Mentoneand Montecarlo (km 18).  A refined setting for a relaxing and peaceful vacation. Living rooms, reading room, tv room, Wi-Fi, bar, breakfast hall, garden, private parking and garage.

Here there is the ‘Pasta e Basta’ restaurant. “A window on Mediterranean sea to enjoy the freshness of pasta and hand-made desserts, in a warm and familiar setting. “ 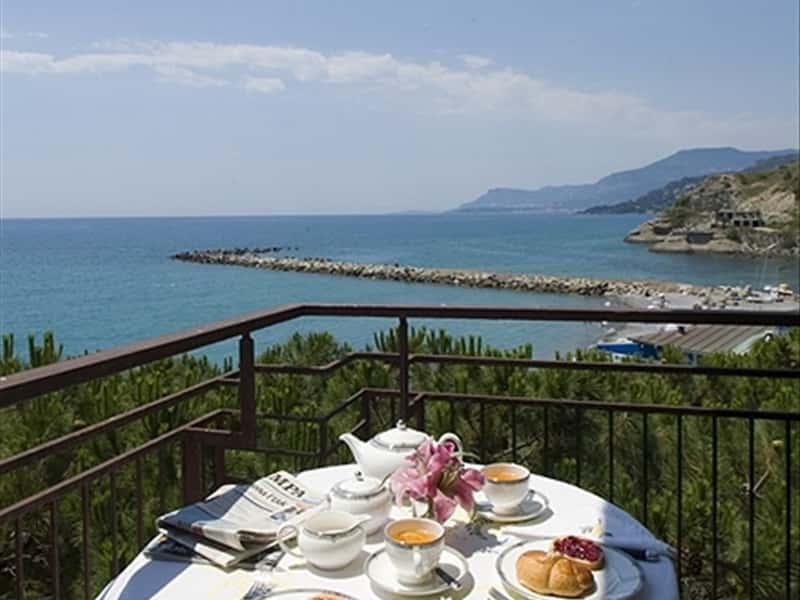 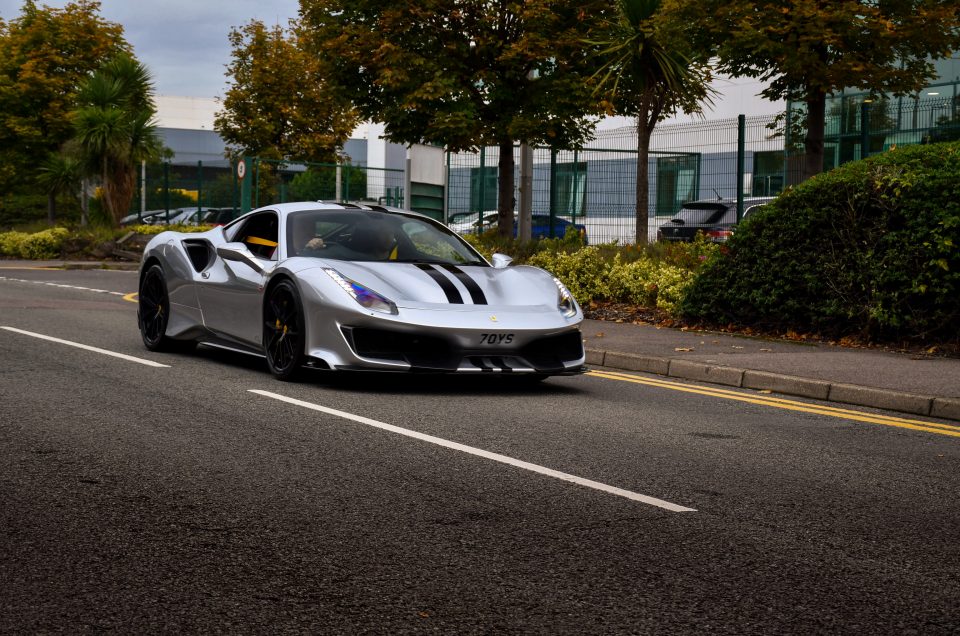