Our leading car rental company has a wide range of luxury cars among the most famous brands on the market. Read the article below to find out more about it!

We will follow you in the rental process step by step and we can deliver your dreamy car wherever is more comfortable for you. Furthermore, our professional operator will explain to you in detail all the vehicle’s features and will be at your disposal if you have further questions or requests. We take care of our special clients and we are always at your disposal via phone, via mail or via Whatsapp. What are you waiting for? Try the luxury car rental in Taranto and live new emotions!

What’s in Taranto interesting to see?

The city of Taranto is located in Apulia and is a very important commercial port. Which are the main sights? According to Wikipedia “Taranto has a number of sites of historic value. Situated at the angle of the canal, Big Sea and Piazza Castello, the Aragon Castle was built between 1486 and 1492 by orders of King Ferdinand II of Aragon for the purpose of protecting the city from the Turks’ frequent raids. The castle which was designed by Italian painter and architect Francesco di Giorgio Martini replaced a pre-existing 9th century Byzantine fortress which was deemed unfit for 15th century warfare. In 1707 it ceased to be used as a military fortress and was converted to a prison until under Napoleon Bonaparte it reverted to its original military function. To date it is the property of the Italian Navy and is open to the public. Twenty-first century excavations revealed the castle’s earlier Byzantine foundations which can be viewed. There are several Greek temple ruins – some from the 6th century BC – such as the remains of a temple dedicated to Poseidon with its two surviving Doric columns still visible on Piazza Castello in the Citta Vecchia. The Promenade, named after former Italian king Victor Emmanuel III, overlooks the Mar Grande, the natural harbour and commercial port. The Concattedrale Gran Madre di Dio, designed by Gio Ponti, was built in 1967-1971 in reinforced concrete and is one of the most significant late works of the architect. In 2018 it is in poor repair and defaced by graffiti. In the modern districts, but above all the central Borgo Umbertino, there are also the Fountain of the Rosa dei Venti, Monumento al Marinaio, the War Memorial and the Navy Yard, another symbol of the city, some archeological places like the Cripta del Redentore, churches like Maria Santissima del Monte Carmelo, San Pasquale and San Francesco di Paola and 18th and 19th-century palaces like Palazzo Magnini, Palazzo delle Poste, Palazzo del Governo, Palazzo degli Uffici and Palazzo Savino D’Amelio. In the outskirt and in the countryside there are several traditional ancient country houses called masseria, like Masseria Capitignano.”

If you decide to spend your vacation in Taranto, you may like the incredible relais Villa San Martino. According to the official website: “This Masseria from the ‘800, located in the heart of the Itria Valley, is characterized by the unique traits of the panorama of Murgia mixed together with elegance. Being inside a completely natural frame, in this location style and refinement predominate. The charm of tradition and the modernity of our services donate a high-class hospitality to anyone who decides to live moments of well-being, unforgettable receptions, meeting and events of different kind, according to each individual exigence.”

Obviously, inside this luxurious relais you can have an extraordinary culinary experience at “Duca di Martina” restaurant. Here you can taste the original and typical Apulian cuisine. What are you waiting for? Try the luxury car rental in Taranto and live your dreams! 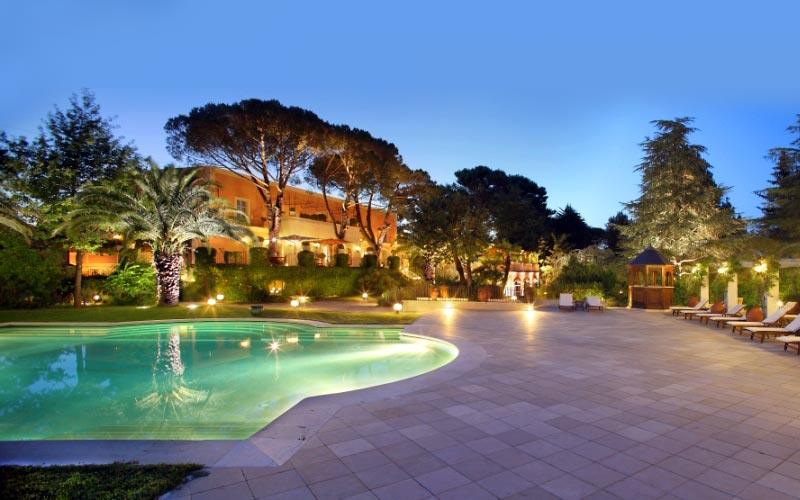