Read the article below to know more about it!

Audi and Enel have announced new top-up charging solutions for the German brand, e-tron. The agreement announced by the two companies will allow customers of the zero emission SUV to be able to select a free package at the time of purchase that will allow them to benefit from a consulting service for the creation of a home charging system for the Sport Utility. In addition to this, customers of the new e-tron will be able to access the Enel X column network and will have a free bonus of 3,300 kW of energy over the next two years, equivalent to about 35 full refills, for a total of of 14,000 km.

To promote the spread of electric mobility, Enel intends to invest up to 300 million euros for the construction of 14 thousand columns throughout Italy by 2022, half of which will already be active in 2020. The objective is to create a capillary network for charging electric vehicles with 22 or 50 kW columns flanked by stations with powers up to 350 kW. Also included in this plan is the Eva + project, co-funded by the European Commission and supported by several car manufacturers including Audi and Volkswagen: at present, 100 of the 180 fast-charge points have been built on the main Italian roads. will allow to restore the autonomy of the e-tron in an hour and 20 minutes. In addition to this, Enel is collaborating with Ionity for the installation and management of 20 sites with ultrafast columns in Italy, each of which will host six columns able to charge an e-tron in half an hour. The e-tron is just the first of 12 electric models that Audi will launch on the market by 2025. The SUV, proposed in Italy with prices starting from 83,930 euros, has an all-wheel drive system with 408 hp engines powered by a 95 kWh battery, enough to guarantee a range of more than 400 km in the WLTP cycle. In addition to full electric, however, the Casa dei Quattro Anelli aims to launch a new range of hybrids: in the coming years all Ingolstadt models will have at least one electrified variant. At the same time, the Volkswagen Group will gradually convert to the electric, launching a total of 80 new models by 2025, 50 of which will be pure electric, while 30 will have powertrain plug-in hybrids. Finally, by 2030, each of the 300 models of the various brands under the aegis of the German giant will have at least one electrified version. 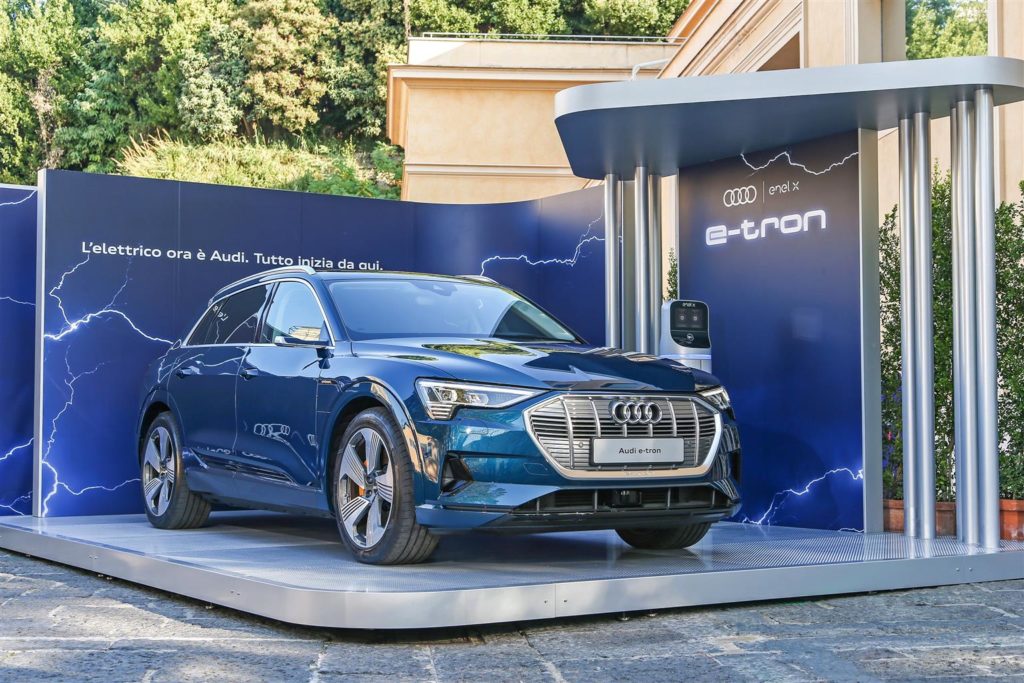