The prototype anticipates the Lamborghini Urus that from 2020 will run in a single-brand, on a tarmac track.

From 2020 the SUV Lamborghini Urus will participate in a single-brand championship on mixed ground (asphalt and dirt), designed by the Italian company in addition to the one that already organizes for the Huracan coupe. In this way the Lamborghini wants to show that even a large and powerful SUV like the Urus can have a corsaiola soul. The regulation will be developed by the International Motoring Federation, but as anticipated by the Lamborghini participants will have to do is get to the circuit and wear the racing suit, because it will be the task of the house to develop the Lamborghini Urus and make it find ready. The approach is therefore devoted to simplicity, in an attempt to involve pilots who have never tried their hand at racing cars. The championship is scheduled in Europe and the Middle East. The model that will take part in this championship is called Lamborghini Urus ST-X and premiered during the World Finals 2018, the event scheduled on the Roman track of Vallelunga that put an end to the 2018 season of the races for the Lamborghini Huracan. The Urus ST-X is still a concept, even more so considering that the technical rules to be respected have not yet been defined, but in the Lamborghini plans there is a reduction in weight compared to the Urus road (25% less, up to to reach about 1650 kg), the addition of new aerodynamic appendages and the stiffening of the body thanks to the roll-bar for the passenger compartment. Compared to the Lamborghini Urus standard also the discharges, the 21 “rims and the tank, of the type approved for the races, will also be included Inside the fire extinguisher, mandatory on racing cars, the Urus ST-X in the final version will be shown during the Word Finals 2019. 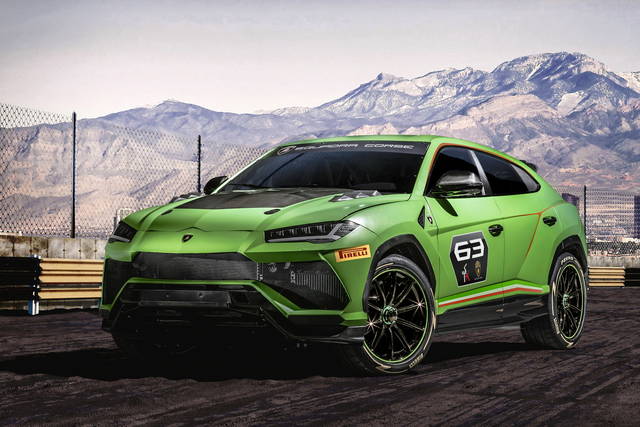