Were invested € 1.4 billion for a strategic initiative in line with the growth of the JLR (but also in view of the Brexit).

A 300,000 square meter factory and a recruitment plan of 1500 workers, of which 98% of Slovak nationality: in Nitra, Slovakia, the new plant of the Jaguar Land Rover group was inaugurated on October 25, 2018, a plant whose maximum annual production capacity is 150,000 vehicles. Initially it will host the production of the Land Rover Discovery. Technologically advanced, it is equipped with the most modern technologies that guarantee optimal production efficiency. This is the first plant in Europe to use the “Pulse Line”, which increases the transfer speed of components within the factory by 30%; it is equipped with an automated and purified painting system that guarantees high quality and greater efficiency, significantly reducing the environmental impact. Furthermore, the use of particular connection systems allows the visualization of the production line, with the processing of data in real time, for greater timeliness and efficiency in solving problems.
Thanks to the modern technological equipment of the plant, the Jaguar Land Rover group expects to reach an annual production of 100,000 cars by 2020. The staff was trained in the so-called Training Academy inside the plant, thanks to which each employee was able to benefit of a 12-week personalized vocational training. In addition to 1,500 employees (30% of whom are women), a further recruitment plan is planned in November, which envisages the inclusion of 850 people. The forthcoming Brexit, that is, the exit from the European Union of the United Kingdom, which could lead to the introduction of customs duties for exports, has had numerous negative repercussions that have affected the economy of the country as a whole; the automotive industrial sector is no exception: in September 2018 car production stopped at 25,610 units, domestic demand decreased by 19% while the external demand fell by 16.8%. The overall decline in car production in the last year is 6.6%. Also for these reasons, it is clear that a development strategy aimed at expanding production channels outside national borders was highly desirable for the Jaguar Land Rover group, which is the largest car producer in the United Kingdom. The opening of the plant in Slovakia, a country that boasts an automotive sector that represents 44% of the entire industrial production, is only the last of the strategic maneuvers put in place by JLR: already in 2011 it had stipulated a manufacturing contract in India, in 2014 it had an agreement with China, in 2016 it opened a plant in Brazil in 2016 and then a further agreement in 2017 with Magna Steyr for the production of Jaguar I-Pace in Austria. 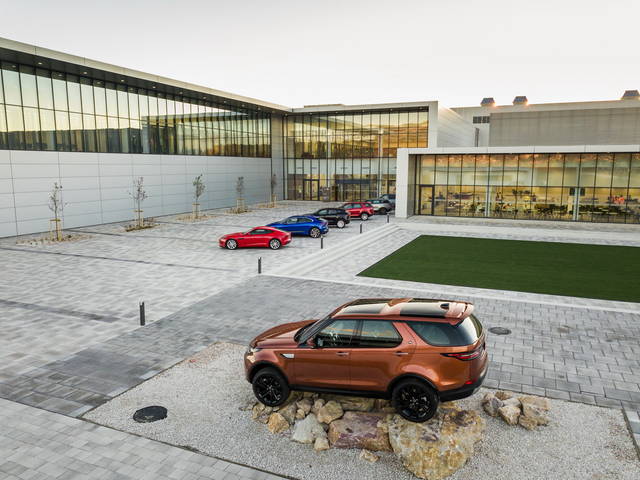