Hire a Lamborghini in Italy and enjoy the roaring performance!

Hire a Lamborghini in Italy and have fun!

Italy Luxury Car Hire offers a wide range of supercars so you can choose your preferred model among many famous brands.

About Lamborghini we propose Lamborghini Huracan Spyder and Lamborghini Aventador .
We ensure a perfect service, in fact, we can deliver your exclusive supercar wherever you want (to your airport/house/hotel or resort), so you can start your journey in the highest comfort. Upon the car’s delivery our professional operator will explain in detail the operation of the vehicle and all its specific features. All our services are aimed to the well-being of our special customers.

Do not waste your time and hire a Lamborghini from us to enjoy more your stay in Italy! 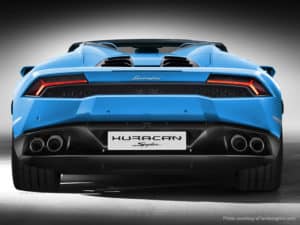 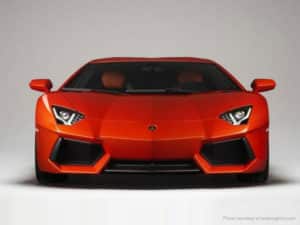 Automobili Lamborghini S.p.A., started in the car sector in 1963. Ferrucio Lamborghini, founded the company with the purpose of creating perfect sports cars in order to compete with other important brands (like Ferrari). To date, Lamborghini’s cars are well-known in the whole world as high performance luxury cars.

Madonna di Campiglio, in the Northeast portion of the Italian peninsula, is a tiny lovely village but also an important ski resort well-known throughout Italy, and always more appreciated at the international level. At a significant elevation of 1511 meters above the sea level, this village, located in the Val Rendena, a suberb Trentino’s valley traversed by the Sarca River, counts only 1000 inhabitants. Nevertheless, Madonna di Campiglio is equipped to host many more people during the winter season. It boasts up to 57 ski lifts and 150 magnificent kilometers of sky slopes. All these assets allow the village’ surroundings to pride themselves on a capacity of approximately 31 000 people per hour.

Cortina d’Ampezzo, commonly referred to as simply “Cortina – is beautifully surrounded by the mighty mountain chain of the Dolomites. The little town, 1224 meters high, is “inhabited” by nature: the Boite river flows directly through it and the massive mountainous “walls” encircling Cortina seem to protect it with their unique colors and coniferous woods. To the west are the Tofane, the Pomagagnon mountain to the north, the 3000 meters high Cristallo to the northeast, Faloria (which hosted the 1956 Winter Olympics, for the men’s giant slalom) to the east and the famous Cinque Torri (Five towers) to the south.

Turin, situated in the far north-west of Italy and is the capital of Piemonte region. Many tourists come here for its perfect geographical position, in fact, it is close to the Alps and for that reason it is a good strarting point for skiing holidays.

However, this city is very famous for its particular assortment of things: its known as the home of the Shroud of Turin, the football teams Juventus F.C. and Torino F.C. and it is the headquarters of automobile manufacturers FIAT, Lancia and Alfa Romeo. Furthermore, Turin has a rich history and culture, well-known for its beautiful art galleries, amazing buildings, churches, accurate parks and gardens, interesting museums and other sites.

Milan, the thriving capital of the Lombardy region has become, over the last decades, an incredibly prosperous international city, aiming to offer the very best to its inhabitants and to its growing foreign visitors. Second most populous city in Italy, after the capital Rome, Milan is surrounded by a metropolitan region – called the “Greater Milan” – which keeps on growing and boasts an estimated total population ranking 4th within the European Union. This constant growth is the very proof of a rise which does not encounter obstacles. And this positive trend has probably started in the ancient past, during the Western Roman Empire, when Milan was already serving as the empire’s capital.

Venice, the capital of Veneto, is also called the “City of Bridges” and it is located in the north-east of Italy on several small islands in the Venetian Lagoon. This magical italian city is renowned for being a very famous place for lovers, artists and poets. Gondolas are the symbol of Venice, in fact, are the most famous means of transportation for experiencing the city in a romantic way. For that reason, it is famous in the whole world. Furthermore, Venice is well known worldwide for its ancient works so you will be very surprised by the amazing historical buildings from the Byzantine period or from the Renaissance and Mannerism period.

Tuscany, the birthplace of the Italian Renaissance, is conventionally a famous destination for many tourists. Indeed, every year a very large number of tourists is attracted by this italian region, well known for its beautiful landscapes, history, traditions, art and culture. Tuscany has also a lot of hidden treasures and specialty products(such as steak and wine).

Rome, the capital of Italy. Its history spans 28 centuries, so there is a lot to discover about its past: it has the richest history of any city on earth, thanks to the numerous Roman Empire’s conquests and thanks to its unique geographical position.

Additionally, it is very popular due to its significance as a religious and cultural centre: every year a large number of tourists come to visit the Vatican City but also to be amazed by its art and culture. In fact Rome became first one of the major centres of the Italian Renaissance, and then the birthplace of both the Baroque style and Neoclassicism. Many famous artists, painters, sculptors and architects made Rome the base of their activity, creating masterpieces throughout the city. Indeed, by walking down the streets you can easily admire ancient ruins, the architecture of buildings, splendid churches. So take your time to see the city’s immense beauty: Colosseum, Roman Forum, Palatine Hill,Saint Peter’s Square, Pantheon, Trevi’s Fountain and many more.

Naples, due to its incredible strategic position, facing a beautiful gulf opening to the west into the Mediterranean Sea, Naples has been inhabited since the Bronze Age, when – in the second millennium BC – Greek settlements were established in the city’s area. Therefore, Naples is one of the world’s oldest continuously inhabited cities and, today, one of the most populous urban areas in Europe as well.

Amalfi Coast, one of the top tourist destination in Italy, and every year millions of people are attracted by its beauty. Fantastic landscapes enchant the visitors at first sight: from the rocks to the splendid colours of the sea, and surely you will be amazed by the smell of lemons combined with the sea air. Unique feelings that you can feel only here, in this italian paradise.

Capri, An incredible maritime haven in the Tyrrhenian Sea, on the southern part of the Gulf of Naples, the island of Capri has been loved and cherished for centuries by the nearby Naples’ lucky inhabitants, by Italian tourists and visitors coming from all around the world.

Ostuni, a little fortified haven surrounded by ancient walls and perched on an Apulia hill.

Taormina, facing the Ionian sea and near to both Messina and Catania, is an incredibly beautiful Sicilian town.It occupies an ancient settlement on a hill, approximately 250 meters above the sea. In this very point, according to historians, an ancient citadel stood. Today, visitors can, in fact, still see the remains of this glorious past.

What are you waiting for? Hire a Lamborghini and discover the beauties of Italy!

Hire a Lamborghini in Italy and enjoy the roaring performance!