THE FIRST INFORMATION REVEALED BY MARANELLO

According to what the specialized Italian newspaper – La Gazzetta dello Sport – recently revealed, the new Ferrari 2018, specifically created for the next edition of the Formula One Championship, is “astounding”. And its performance on the road – the supercar has apparently already been tried during ad hoc simulation tests – is beyond belief.

In Maranello, managers, experts, engineers and designers are frantically working in spite of the festivities.

The Ferrari’s future participation to Formula One was, in fact, the main topic tackled by the management of the worldwide famous supercar and sports car manufacturer during last Christmas meeting with the press. The successor of the audacious SF70-H – which could be named “SF18” – will, in fact, be officially unveiled next February 22.

And, as it has been done over the last years, this new Formula One racing car, designed and produced by the Scuderia Ferrari, will be presented on-line. 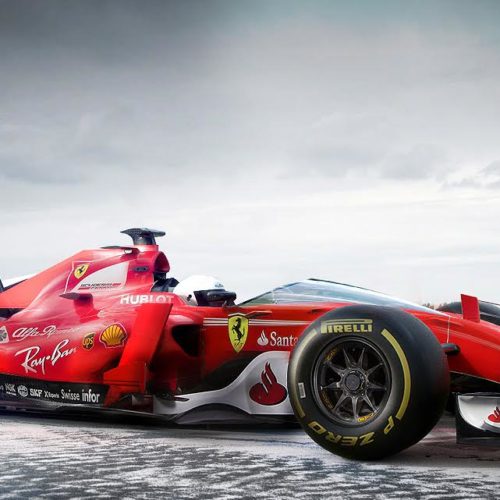 As Sergio Marchionne, Ferrari’s Chairman and CEO, explained last December, the new supercar “will try to settle the score with the Mercedes”. And he added: “We expect great things in 2018 from our racing team. Much more than what we got this year….because to arrive second cannot be considered a good outcome.”

Apparently, in order to win the race against its rivals, Ferrari created an even faster supercar. And the Scuderia’s pilots bear today an even bigger responsibility. The German racing driver Sebastian Vettel – a four-time Formula One World Champion with Red Bull Racing – is now expected to grab victory with its brand new Ferrari. Meantime, Kimi-Matias Räikkönen – the Finnish racing driver called “The Ice Man” – is expected to set new records for what could be his final season on the race-track. The name of the pilot who will have the great opportunity to replace him is, however, still unknown.