Presented at the San Paolo Motor Show, the Fiat Fastback prototype is a fantastic sporty SUV. It could come in 2020.

Read the article below to find out more information about it!

The FCA follows the example of other automakers and “rides” the vein of the SUVs with an appearance inspired by the coupes, those tall models from the ground with muscular forms, but with a slender appearance from a low and sloping roof. The first car of the FCA with these characteristics is the Fiat Fastback, a style proposal that made its debut at the Sao Paulo Motor Show, inspired by the Fiat Toro pickup (sold only in South America) but with the typical details of the suv coupé, starting from the thinned lights up to the decidedly inclined rear window. The result is a body full of personality, less exploitable than a SUV (the arched roof limits the height of space) but more youthful and captivating. The Fiat Fastback is a prototype and at the moment we do not know details about the dimensions or the technique. It seems, however, that the standard model derived from it will be on sale in Brazil in 2020 with a mechanism shared with Fiat Toro, in turn derived from that of Jeep Renegade. The Fullback is also part of the new models announced by the FCA at the Salone di San Paolo 2018, when Antonio Filosa, number one of the group for Latin America, has revealed that the company will spend € 1.88 billion until 2023 for the launch of fifteen new cars, which will help Fiat Chrysler to achieve even better economic results in this region (denominated in the LATAM slang), where from January to September it sold 433,000 cars with 258 million euros in profits in the third quarter of the year 2018 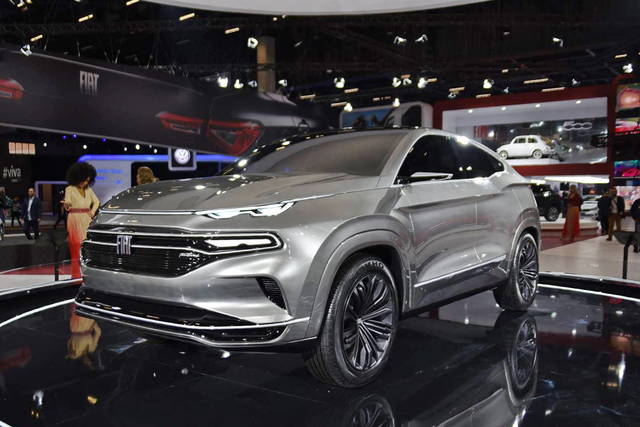