Ferrari Scored a New Victory At The Gulf 12 Hours

The winning crew, Kessel Racing, was thrilled by this new victory. It has, in fact, took hold of its third win at the Gulf 12 Hours, after having been the first one to cross the finish line in 2015, 2016 and in this year edition. 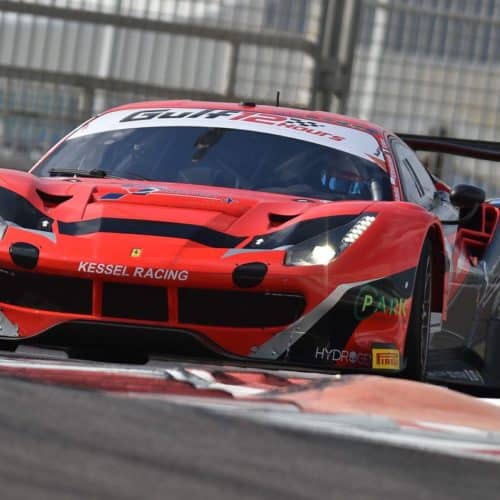 THE MOST RENOWNED ENDURANCE RACE IN THE UAE

“It was fantastic to win again. Thank you to Ferrari for their durability and Kessel Racing for letting us have an unproblematic race,” declared with enthusiasm Davide Rigon, after their 302 laps around the 5.555 kilometer long famous Yas Marina Circuit.

“We found good balance in the car when the sun went down and the temperature dropped, so we were really competitive. To lead the grid of 26 cars from this morning’s race was great,” he added.

This year’s race featured up to 26 cars competing against each other and 86 drivers: therefore this seventh edition of the Gulf 12 Hours has been the largest ever organized.

“It was my first time here in Abu Dhabi. I felt a little bit of pressure with Davide as my teammate! It was a great week for us and we work really well together and also with Michael who did a fantastic job. It was our day. It is great to get another win for Ferrari and its very special to win the overall Gulf 12 Hour race,” revealed Miguel Molina, the 28 years old Spanish professional racing driver of the winning team.

Ferrari Scored a New Victory At The Gulf 12 Hours