Fioravanti, author of the design, has revealed at a distance of 47 years that the name of the Ferrari BB was a tribute to the charming French actress. Read the article below to know more about it!

For many years the initials of the Ferrari models were generally very schematic: either they referred to the displacement and the number of cylinders, or the number was the displacement of a cylinder. To this starting element followed then the abbreviations that from time to time indicated categories, homologations, series. In some cases a name was used; this is the case of MM for Mille Miglia, Superamerica, and very few other cases. Only in recent years has there been the series of models with the name of localities, such as Maranello, Modena, California, and so on.
Yet there was an exception many years ago, to be precise in 1971, with the Ferrari 365 GTB / 4 BB (pictured). It was presented at the Turin show and immediately the acronym BB was “translated” with the terms berlinetta boxer. The Ferrari and technical purists spotted a bit ‘nose because the engine was not really a real boxer, but a V12 with a 180 degree angle. A solution that makes the engine actually flat, but that has the crank mechanisms quite different from those of a real boxer. Even the term berlinetta did not seem very exact, given the characteristics of the car, given that the expression berlinetta had always been used for cars with front engine. But anyhow, that was the official version and BB remained as a boxer berlinetta.
After so many years now is the father of the style of the car, Leonardo Fioravanti (then to Pininfarina, who designed the Ferrari cars) that has unveiled the true origin of the initials BB: Brigitte Bardot, a monument to feminine charm. The story was told by Fioravanti himself in an interview with the newspaper La Repubblica in which he evokes his work at Pininfarina for Ferrari. All the men who worked on the 365 GTB / 4 BB project were enthusiastic about the work, they literally fell in love with it, remembers Fioravanti. They fell in love just as we fall in love with a beautiful woman, like Brigitte Bardot. So much was that enthusiasm that the car began to be called BB more and more insistently, up to the definition and presentation. But in the logic of Ferrari it was not conceivable that the reference to the French actress was openly stated, and therefore the abbreviation was adapted to the terms automotive berlinetta and boxer. 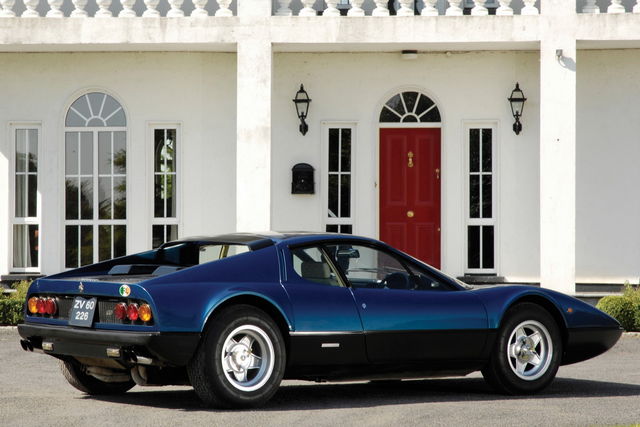