Based on the 488 Pista coupé, the Spider weighs 100 pounds more, but is the most powerful Ferrari ever made.

Ferrari has not been spared for the 50th model discovered in its history, the Ferrari 488 Pista Spider, which after the preview in August in California makes its debut here at the Paris Motor Show 2018. The Ferrari 488 Pista Spider in fact has many similarities with racing cars thanks to the 720 hp of the renewed 3.9-liter twin-turbo V8 engine. The Track Spider weighs only 1,380 kg, 100 more than the coupe on which it is based, so it means that every horse of the engine has to push only 1.92 kg: it is the best weight-power ratio ever for a Ferrari spider, which demonstrates in this way to have numbers in line with the Racing Reds.
The mechanics of the Ferrari 488 Pista Spider is the same as the coupe, starting with the V8 engine based on that of the 488 “base”: thanks to numerous modifications it is able to deliver 720 hp at 8,000 rpm, 50 hp more. Many innovations for the engine come from racing Ferraris, so much so that the Pista is the most powerful eight-cylinder ever made for a non-racing Red: for example, the connecting rods are made of titanium (like on Formula 1 cars) and the weight drops 19 kg compared to 3.9 of the 488 GTB. Maranello’s house speaks of a 0-100 km / h acceleration in 2.85 seconds, 8 seconds for the 0-200 km / h and a top speed of 340 km / h.
On the Ferrari 488 Pista Spider there is the new vehicle dynamics control system called Side Slip Control 6.0, now in its sixth generation, which receives information from various components of the car to improve driving behavior: it is the engine, the gearbox, the differential, the suspension, the accelerator, the steering wheel and for the first time the brake calipers. The latter function is named Ferrari Dynamic Enhancer (FDE) and has been developed to make the car more controllable and intuitive in curves. All this makes clear the racing spirit of the Ferrari 488 Pista Spider, which is found inside in details like the laces on the doors instead of the aluminum handles and footrests in place of the mats, solutions taken from racing cars to cut weights. 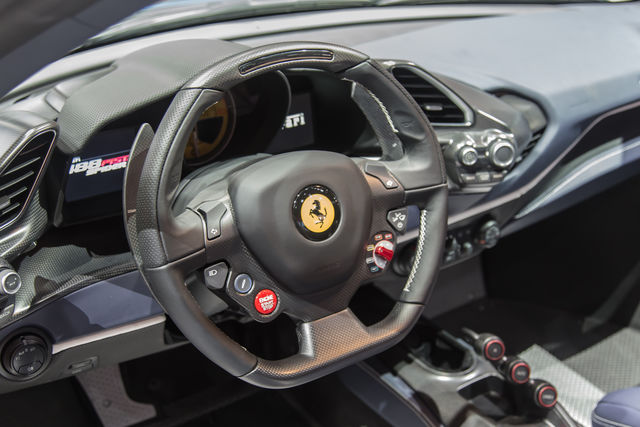 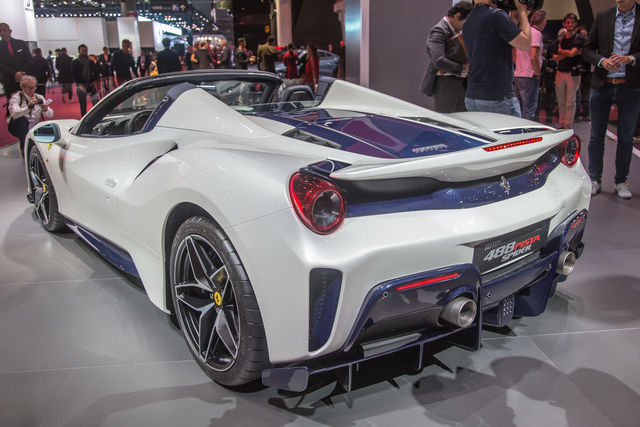