An Exeptional Rattan Ferrari At The Turin National Automobile Museum

Opened in 1939 in the city of Turin, Northern Italy, by the Italian artist, designer and automobile enthusiast, Carlo Biscaretti di Ruffia, the National Automobile Museum offers an incredible permanent collection of approximately 200 cars.

Situated in a beautiful three-floor building dating from the Sixties, this museum, commonly known as the Turin’s MAUTO, features vehicles from eighty automobile brands and from eight countries: Italy, of course, but also Great Britain, Germany, Netherlands, France, Poland, Spain and the United States.

Its success explains the significant development it experienced over the years. After its 2011 restructuring, the museum’s exhibition area was expanded from its original 11,000 square meters to the current 19,000 square meters. And MAUTO is today endowed with a documentation center for cars’ passionate researchers, a library, a bookshop as well as an auditorium. 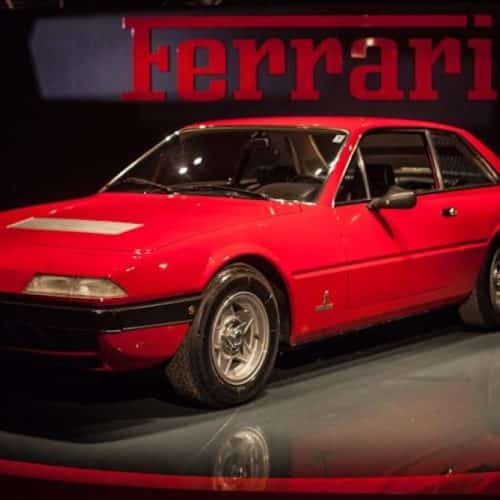 Along with the Museum’s valuable permanent collection, today MAUTO also features 33 creations among the most representative 2016-2017 Paratissima artworks. Lasting till January 21st, 2018, it is considered an exceptional exhibit since Paratissima represents Turin’s best cultural endeavor to promote artists and creative workers in a different context from the institutional and elite art scene. It has, therefore, since its creation in 2005, fostered numerous emerging talents.

Entirely made of rattan, wood and steel, the extraordinary Chiangrai Ferrari, created by Anon Pairot, a young and ingenious Thai artist and designer, is undoubtedly the queen of the exhibit.

Its figure is flabbergasting – its white, light, almost ethereal beauty is unparalleled – but its story is even more astounding (and moving).

While questioned at the beginning of the year, at the Bangkok Art and Culture Centre, Anon Pairot explained that his Chiangrai Ferrari is inspired by Chiang Rai villagers whose children believed that weaving – their parents’ work – isn’t a dignified job.

“I asked one villager what his son liked. The answer was Ferrari. I, therefore, wanted to show to these children how talented their parents are, and also to prove them what weaving can actually generate,” explained the artist.

An Exeptional Rattan Ferrari At The Turin National Automobile Museum