The famous car manufacturer Porsche is now approaching the introduction of another open-roof and limited-edition sports car, the 718 Boxster Spyder. All the recent photos show the special version of the 718 Boxster with the roof open and there seems to be now nothing more to disguise: the double fairing equipped with a roll bar behind the seats is in fact the definitive one, as well as the new hood that covers the compartment of the hood, the propeller and the boot. On the side, near the door, you can see the covered plate where the logo spyder will go, while the front bumper of this model, unlike the previous spy photos, is identical to that of the 718 Boxster GTS. Different speech in the rear, where there is an unprecedented speaker that could derive from the expected 718 Cayman GT4. From the latter, according to many rumors, the six-cylinder intake should also be taken up, thus differentiating the Spyder and the GT4 from the 718 with four-cylinder turbo engines. In the queue there is not a real aileron with vertical pylons, but a small lip, visually connected to the optical groups as on the other Boxsters. Indedd, as abovementioned, both the GT4 and the 718 Boxster Spyder should exclusively offer a six-cylinder boxer aspirated instead of the turbo 2.0 and 2.5-liter four-cylinder models of the other 718 family. Rumors suggest that the six-cylinder in question is a specific and less extreme version of the 4.0 of the 911 GT3, but for the moment nothing has yet been made official.
The debut could take place within the year, probably in the final months. There is always talk of a car under development, although it appears already quite defined by noting these photos. This can be deduced from a dark bodywork, which seems to lack visible coverings. On the back area you notice the presence of a sensor or at least a device attached near the characteristic bonnet. Precisely this, the peculiar guardian of the canvas cover, makes this 718 Boxster Spyder recognizable and different from a normal Boxster, inspired in part by what was done on the most exclusive 918 Spyder. Even the front configuration, in particular the element that defines the air intakes, recalls the powerful German hypercar. Peculiar are then: the upper section of the double hump cover, designed together with the mentioned canvas roof, as well as the pronounced rear spoiler and the elaborate area below, which embraces the two exhaust terminals. 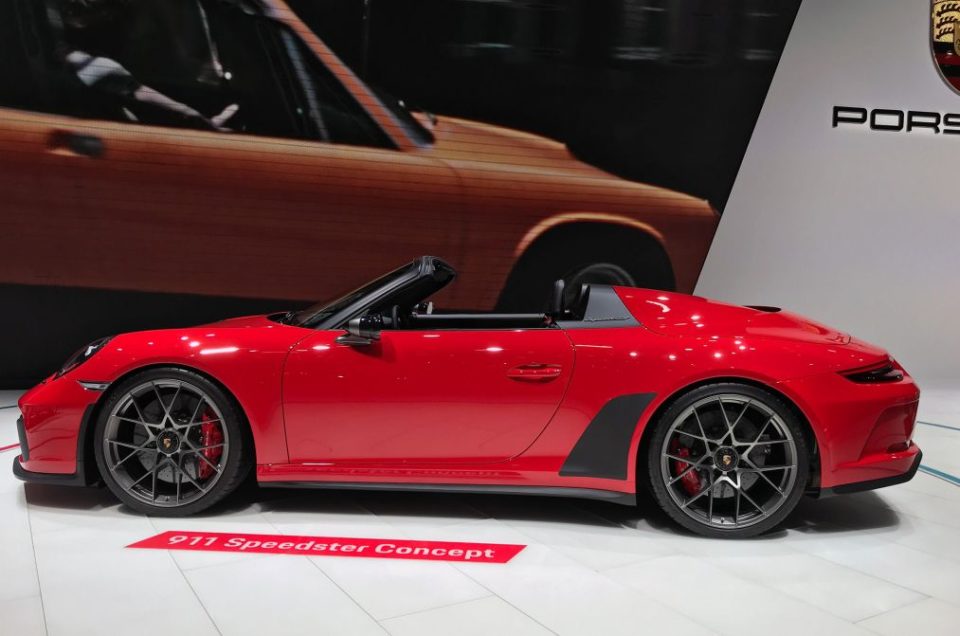