Read the article below to know more about this car!

The Z4 does not change. It can not change. Because it has always been this way: an infinite bonnet, two dry seats and an innate predisposition for everything that is not just mobility. The BMW spider continues to be the realm of the guide, a subtle and ancient art that lies between the heart and the brain capable of ripping a car from its primary nature as a simple means of transport. These are the reasons that push me to say that it has not changed. But when the Z4 of 2018, in reality, is all new. The real carry over from the past concerns some components such as the engine, the gearbox and little else, but this does not mean that the news, at times, even have the taste of the caesura. Or to return to the origins, choose you. This is the case, for example, of the hood, which after flirting with the metal on the second series, this time returns to the healthy canvas. Yes, just like the first series, the one signed Bangle.For those who do not know, the letter of the name stands for zukunft, which in German means the future. To honor it, the Z4 takes the opportunity to ferry towards the future of the House in terms of cockpit and infotainment. As on the 8 Series, an i-Drive debut on one side where touch aspects no longer have the taste of the addition made simply to satisfy customer requests, on the other hand a deeply renewed instrumentation, adjective that refers to both the pure appearance graph to the logical-philosophical setting. The two instances go hand in hand and the step forward in terms of usability, effectiveness and simplicity is very evident. The map in the middle of the panel and the logics of the attached menus make everything very simple and it is almost a matter of getting used to the counter with anti-clockwise indications. A second-rate element, no doubt, and as long as you find it on a pissy SUV like the Peugeot 3008 nothing wrong. Here, however, where everything revolves around the guide, it becomes distonic to approach the red area with a pointer that moves in the opposite direction. An almost subversive detail, for a car nerd, but that obviously does not detract from the substance, which remains that of a perfect driver’s car. In this sense, the impression is to direct operations from a less backward position than in the past, when the seat seemed to be perched on the rear wheels. Which gave special sensations to each trajectory, because it transformed a long bonnet into a bonnet … endlessly long. Even today, however, the Z4 moves in a peculiar, almost sensual, and this is part of its charm. The approach with the curves is an integral part of the driving taste and “folding” the bonnet on the trajectory is a subtle pleasure that is renewed every time you turn the steering wheel. And that never makes you look curvy enough the way. To all the rest think the engine, which in the case of this first contact was the three-liter 340-horsepower. Beautiful, full, available. Soft and present when you go for a walk, they become strong and imperious when you are serious. In all cases, perfect example to demonstrate the completeness out of time and the fashions of the six in line. 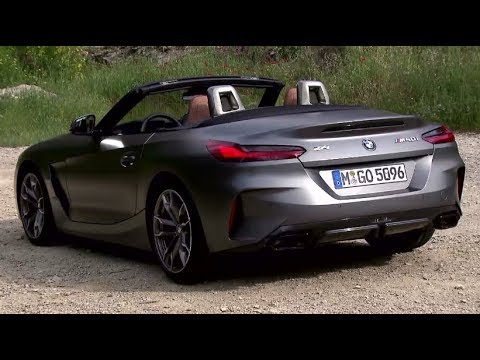