Original and full of personality, the BMW Vision iNext prototype-expected in 2021- shows how it will be the standard model, powered by an electric motor.

It is expected in 2021 the electric crossover of the BMW, a model equipped with advanced driving assistance technologies that will be part of the BMW i range (the same as i3 and i8), so it will have very personal lines and details more extreme than the Series 3 and Series 5. The crossover is anticipated today by the proposed BMW Vision iNext style, a car full of personality that makes it clear in which direction the technicians and designers of the Bavarian house are working. On the sales car we will find, for example, a large front bezel, inspired by the classic BMW grid, but much higher and more massive. Its function is not only aesthetic, as revealed by the house, but also technical: behind it are in fact the sensors for driving assistance technologies.
The BMW Vision iNext is equipped with side doors that open to cupboard (to facilitate access on board there is no central roof) and very advanced details, such as the thin headlights, cameras instead of the rear-view mirrors and doors that can be controlled by touching the fingers. The sloping roof and the small rear wing give momentum to the side view. The German house has not revealed the size of the car, but the huge circles of 24 “make it clear that it will not be small at all.The interior is minimal, because all the controls can be managed with the voice or the touch of the fingers: the the central wooden tunnel and the fabric rear sofa conceal touch buttons, so there is no more knob on the iDrive system on board, which on today’s BMW allows the multimedia system to be managed.
The absence of buttons and wheels is a hypothesis that “tickles” the BMW stylists, at work on interiors with a cozy look and apparently low-tech, to recall the living room of a house. It is in this sense that studies on touch sensitive surfaces covered with wood or fabric are to be understood. On the BMW Vision iNext, on the other hand, the vocal commands are used to recall one of the two driving modes: in Boost the driver controls the steering wheel and pedals, while in the Ease the autopilot takes over and the steering wheel returns to the dashboard to free space on board. For the moment, no information about the engine and the batteries came from the BMW. 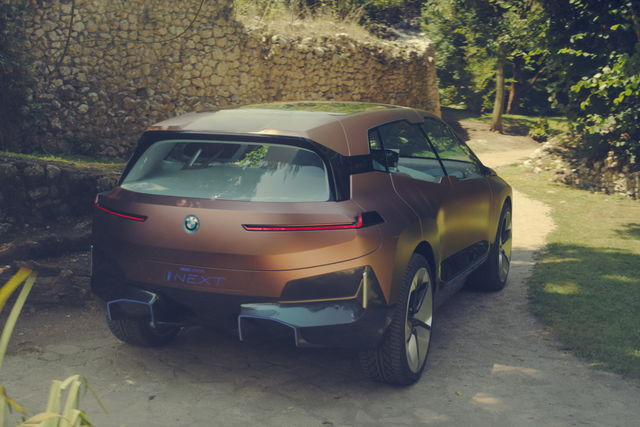 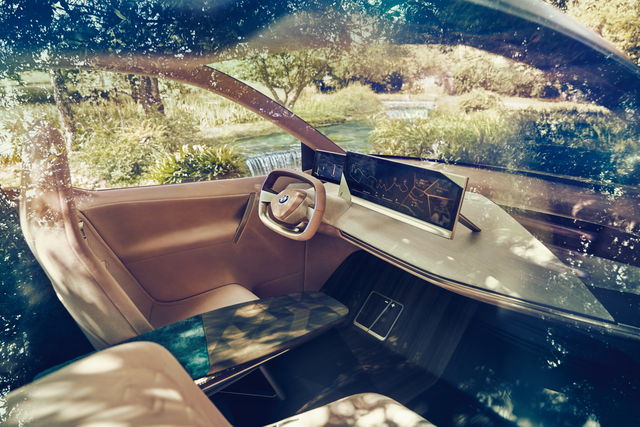