Bentley could introduce its first electric car on the market using the PPE platform developed by Porsche and Audi.

The Bentley, a company owned by the Volkswagen Group, accelerates decisively towards the first electric car. This sudden acceleration is due to the need to comply with increasingly stringent global regulations in terms of emissions. Any Bentley electric car will arrive on the market before 2025 and will almost certainly be engineered on a Volkswagen Group platform; The CEO of the Adrian Hallmark company confirms this to the Reuters agency. The Bentley is totally dependent on large cars that are certainly not in terms of consumption, nor in terms of emissions. Bentley’s product portfolio therefore makes it the most polluting company in the entire German Group, hence the need for openness to electric and hybrid powertrains. Bentley presented its first all-electric concept, the EXP 12 Speed ​​6e, at the 2017 Geneva Motor Show.
The Bentley to build its electric will be able to use the architecture for EV currently being developed by Porsche and Audi called Premium Platform Electric (PPE). The platform, which will be released in 2021, will support a new generation of high-performance electric cars capable of sudden accelerations, high top speeds and fast charging systems.
The economic performance of Bentley recorded an operating loss of 57 million euros in the third quarter of 2018, bringing the total loss in the first nine months to 137 million euros. This economic situation is due to the delay of the new Continental GT, based on the VW Group’s MSB platform; a system developed by Porsche and specific for rear-wheel drive cars, the same used by the Panamera. A luxury performance electric car could be an opportunity for Bentley to exploit. The first Bentley electric car is the Bentayga Hybrid, the plug-in hybrid version of the well-known premium SUV that debuted at the 2018 Geneva Motor Show. 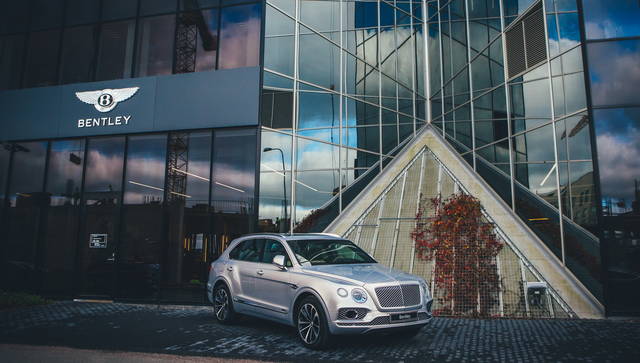