The production activity within the large multi-brand groups is witnessing an increasingly marked overshooting of the competences boundaries of the various brands. A concrete and effective testimony is the use of the Seat systems for the production of models of other brands of the Volkswagen group. Choice of this type was in 2011 the assignment to the Martorell factory, near Barcelona, ​​in Spain, of the production of the SUV Audi Q3, a highly successful car appreciated on all the markets in which it was proposed. Now the story is repeated with another model: the new Audi A1, whose production has just been started at Martorell, replacing that of Q3. The manufacture of the latter was moved to the factory that the Volkswagen group has in Gyor, Hungary. As for the Audi A1, it debuted at Martorell after it had been assembled in Brussels.
The novelty is explained by the group logistic needs: the new Audi A1 is built on the same platform MQB A0 on which the Volkswagen Polo (manufactured in Pamplona) and the Seat Ibiza and Arona are based, both assembled precisely at Martorell. For the record, the Brussels plant was instead chosen for the assembly of the great novelty Audi e-tron, ie the 100% electric suv.
However, the German group underlines that the assignment of the production of the Audi A1 to the Seat factory of Martorell is a way of highlighting the successful work done by the factory with the Q3 suv. A success that has demonstrated the great ability to produce with high levels of quality “is a recognition of the excellent work done by our team with the production of the Audi Q3 in these years” declared Christian Vollmer, vice president of Seat for Production and Logistics. Likewise, Peter Kössler, member of the Board of Directors of Audi with responsibility for Production and Logistics, added: “The plant has been able to specialize with our Audi system, which is oriented towards the highest quality”. As can be seen, with the assignment of the Audi models to the Seat factory, the VW group also pursues a target image of the Seat, which no longer wants only juvenile and sporty but also quality. 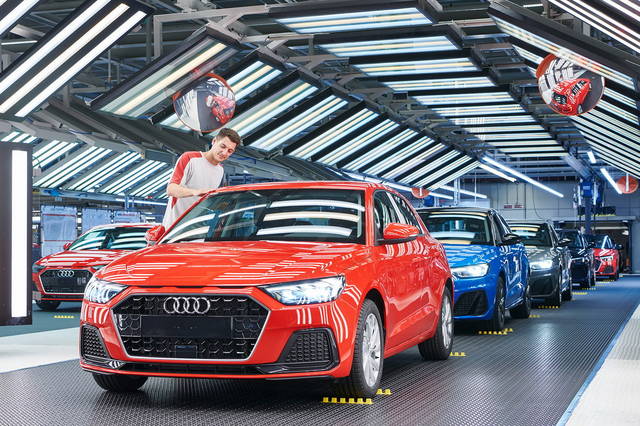