More space inside. Read the article below to know more information about this incredible SUV!

In a country, like China, where long wheelbase versions are a real must, Audi has launched the new Q5L on the market. Built in the Changchun plant in a joint venture with the Chinese Faw, the sport utility, unveiled during the last Beijing Motor Show, has more space for rear passengers and a 550-liter trunk. The elongated version of the SUV can measure 476 centimeters, 10 more than the European model, almost all gained on the pitch: the wheelbase rises to 2,908 mm, against the 2,819 of the original Q5 (+89 mm). On the other hand, the height and width are completely unchanged, as is the appearance of the car, with the side not included. The increase in the step has in fact gone to change the proportions of the side, affecting the size of the rear doors, now longer and designed to facilitate access to the rear seat, where passengers will have much more space for the legs compared to the model sold throughout the rest of the world. The prices are in line with Europe. In China, the Q5L will be offered in five different versions with two petrol engines, all combined with the seven-speed S tronic automatic transmission with four-wheel drive. The 40TFSI, equipped with a 2.0 turbo 190 hp and 320 Nm, is proposed with a starting price of 392,800 yuan, equivalent to € 49,300, while the most expensive variant, the 45TFSI, fits the same four-cylinder version of 250 hp and 370 Nm, proposing itself to 466,200 yuan (58.510 euros). 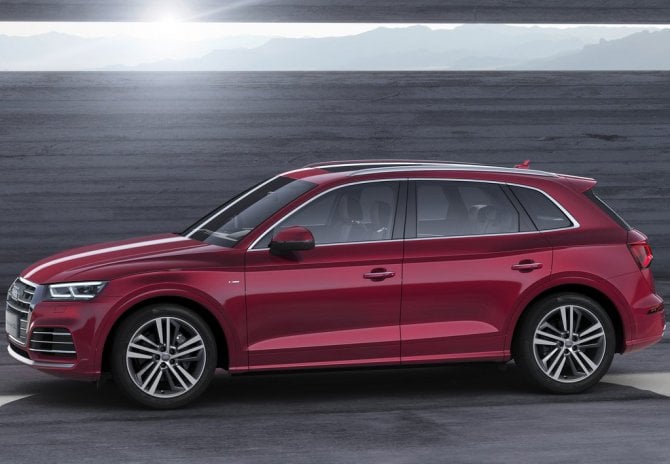