In a few days, at the Geneva Motor Show, Aston Martin will unveil its new central-engine hybrid supercar arriving in 2021.

The renewed stability on the economic level, thanks to the success of the new models released in the last three years, and the technical agreement with Mercedes-AMG, has revitalized the Aston Martin, which in the next two years will continue to expand its range. First, in 2019, Valkyrie will arrive, a true custom built in only 150 units, developed together with Red Bull, with a hybrid engine of over 1,000 hp. In 2020 it will touch first suv of the English house, the DBX. The third model, known for the moment as Project 003, will arrive at the end of 2021 and will be presented in a few days at the Geneva Motor Show. For now, the English house has released a first image in which we can see only the tail of the car.
As the Gaydon manufacturer states, the Aston Martin Project 003 will borrow many of Valkyrie’s technologies, but it will be a more practical car to use on the road. As the older sister will be built around a rigid but light (almost certainly carbon) frame, she will have a hybrid system with a thermal engine (turbo for the Project 003, aspirated for the Valkyrie) helped by an electric unit, to it will generate an uncommon level of downforce for a road car with no prominent protruding ailerons. However, there will be a normal trunk and other small comforts.
According to the little information that has been leaked until now, the Aston Martin Project 003 could be configured as a competitor of the Ferrari F173 (this is also a codename), the hybrid supercar, now in an advanced stage of development, which should see the light by the end of this year. Perhaps, however, the Aston Martin will be even more expensive, with a price of about 1 million euros and limited production in only 500 units. 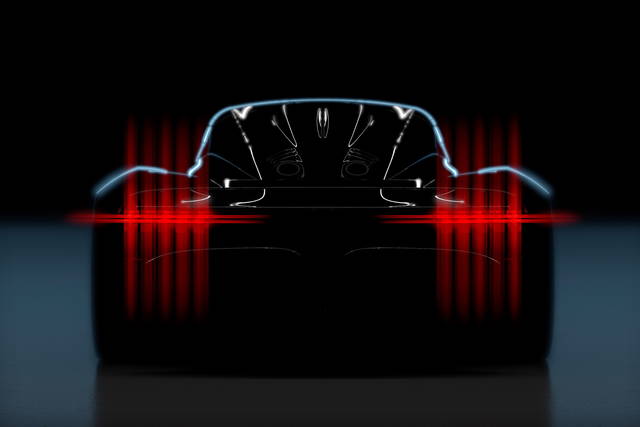