BOLD PLANS FOR THE FUTURE

The famous British car manufacturer, Aston Martin, is well-known worldwide for its luxurious and very elegant sporting cars as well as for its beautiful grand tourers. A production which, over the past 100 years, has brought fame, faithful clients, and immense publicity to the company.

The key word to describe this brand is probably “tradition”. These vehicles are in fact regarded as a sort of “British cultural icon”, somehow an immortal reminder of the very best the country can conceive in this industrial sector.

However, Aston Martin doesn’t want to look only to the past. The company has, in fact, bold plans for the future…

Aston Martin new RapideE is a futuristic drivable concept for the company’s very first all-electric car. According to the British car manufacturer, this vehicle should be available for the market, starting in limited numbers, in 2019.

RapideE will of course be an ultra-luxury car, like all its “siblings”, and will be endowed with a complete battery-powered engine. Some specialized journalists already declare that this model will probably easily compete with Tesla’s last models, in spite of its slight overprice compared to the American automaker’s electric vehicles. 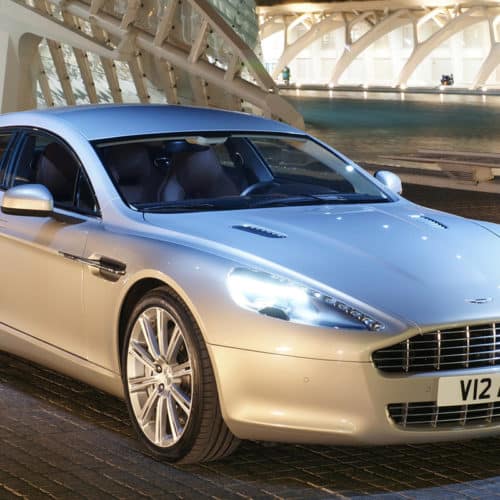 According to Andrew Palmer, the talented engineer and businessman, currently Aston Martin’s CEO, the RapideE electric model will, however, be very different from Tesla’s existing cars.

“Most of the people who buy a Model S are buying it fully loaded. They’re not limited by their cash; they’re limited by the offer. We’re looking to those guys looking for something above Tesla. That customer probably isn’t looking for ‘Ludicrous mode’. Our offer will have very credible acceleration – equal to a petrol Aston Martin – but you’ll be able to drive the car rapidly all the way around the Nürburgring without it derating or conking out on you,” Andrew Palmer said during an interview with the British weekly auto magazine, Autocar.

This prototype – which will be developed by the firm Williams Advanced Engineering – will certainly make the news soon!