Some interesting news about this fantastic car. Read the article below to know more about it!

The production of the Aston Martin DBX is finally confirmed by the end of 2019. The English House will complete the new site in the first quarter of 2019, while the production of the DBX electric SUV, presented as a concept, will be launched in the last quarter of the year.
The DBX as standard at the end of 2019. The factory will initially count on 100 employees, but by the beginning of 2020 the workforce will rise to 700 units. Over the next year, 70 specialized employees will be transferred, who have worked in Gaydon for training in the last two years, while others will be added when production lines are active. The St Athan factory will become the second production site of Aston Martin and has already been called a “Home of Electrification”, because it will be here that future zero emission models will be born such as the DBX suv and the future Lagonda sedan, anticipated by Vision Concept .

According to the official website “Aston Martin challenges the nature of luxury GT travel in the 21st Century with the debut at the 85th Geneva International Motor Show of the innovative DBX Concept. Created to defy conventional thinking about the luxury GT segment, the DBX Concept widens the appeal of the iconic British luxury brand and reaches out to a more diverse global audience than ever before. Unveiling the concept, Aston Martin CEO Dr Andy Palmer said: ‘The DBX Concept is a challenge to the existing status quo in the high luxury GT segment. It envisages a world, perhaps a world not too far away, when luxury GT travel is not only stylish and luxurious but also more practical, more family-friendly and more environmentally responsible’.”

We say  again an important concept: Aston Martin Lagonda’s plans for the St Athan factory are confirmed. So we only have to wait to know and see some new details. Stay tuned, this amazing car is coming on the market very soon! 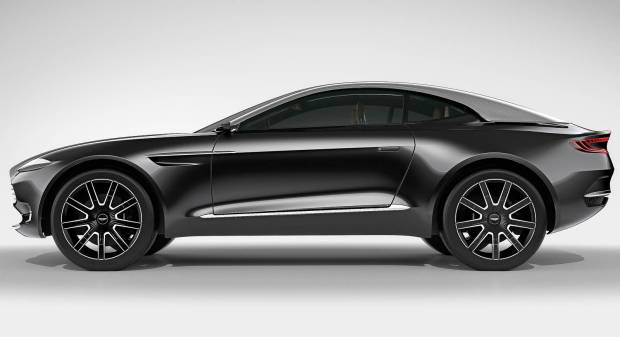