Alfa Romeo Tonale, a new fantastic SUV. Read the article below to find out more interesting news about it!

The Alfa Romeo Tonale makes its debut at the Geneva Motor Show as a new compact SUV from the Casa di Arese. For now it is a concept, as evidenced by some details of style, such as the front, but in the coming years from this prototype hybrid plug-in will be a production model that will be positioned below the Stelvio for price, as for size.
On the conception, a new front shield and the inevitable Trilobo combine a “three plus three” headlamps inspired by the SZ with LED lighting system whose style is also reflected by the luminous signature of the rear lights. The body, instead, evolves natural lines hand-sculpted by the designers of the House in clay: proportions reminiscent of those of the Stelvio, but different details, from the rear pillar to the car of the bonnet, are exclusive of the new SUV. Details influenced by the classic past, from the volumes derived from the sports of the sixties, to circles of “teledial” circular theme 21 “inspired by the wheels of the 33 Stradale style of the Duetto and Disco Volante Spider, while the one that Alfa Romeo describes how “Linea GT” reinterprets some stylistic concepts of the GT Junior.
the SUV will also be the first Alfa Romeo with a plug-in hybrid system. For the moment only a few details have emerged on the new engine, which will have an electric motor and an advanced version of the Dna selector already available in the range: the Dynamic mode, for example, has become Dual Power and now guaranteed by the maximum performance from the two propulsion systems of the car. E-Motion that makes the steering wheel, throttle and braking response even more direct. In Natural, performance is optimized automatically, balancing consumption and performance. With the Advance E function, derived from the previous Advanced Efficiency, the Tonale instead travels in purely electric mode. 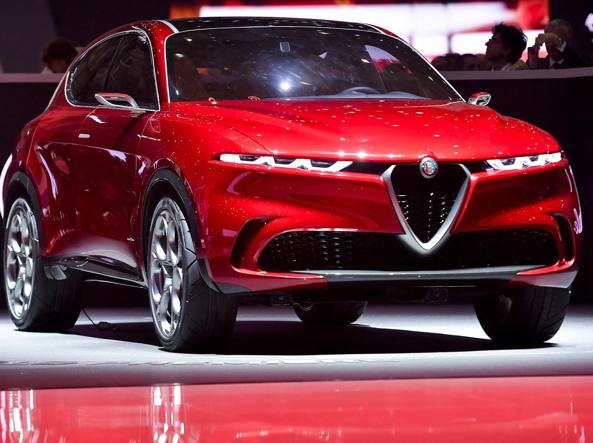