As part of the upcoming Auto Moto d’Epoca event, scheduled in Padua from October 25th to 28th, Bonhams auction house is planning an auction sale whose catalog contains numerous cars that are authentic “goodies”. Some for their charm others for what they represent in the history of the car. Among the proposals of this last type of car there is certainly the Alfa Romeo 155 GTA Roadway in 1993, for which the experts of Bonhams estimate a price between 180-220 thousand euros. So it is not a very old model, nor is it one of those cars that have collected great successes in the world. It is in fact a prototype made in view of a series production that then there was not. When this Alfa Romeo 155 GTA Stradale was conceived, the only existing model, chassis number ZAR16700000005892, the aim of the Biscione was to equip itself with a model capable of competing with the various Mercedes 190E 2.5-16 and BMW M3 models of great appeal in those years on the public lover of the “bad” sedans. Source of inspiration for the Alfa Romeo 155 GTA Roads were the 155 versions made for racing, able to dominate a little all the Touring championships, from the so-called Italian Superturism to those of England and Spain, up to the particular and very prestigious German DTM, which the Alfa Romeo 155 won in 1993. At the end of the year the house started the project of the realization of a very sporty version with the intent of putting to good use the superiority shown in the racetracks. The design and development took more or less all of 1994 and were the work of Abarth, which served as the racing division of the Fiat-Alfa Romeo-Lancia group, under the guidance of engineer Sergio Limone. The technical basis was that of the Alfa Romeo 155 Q4, with the 4-cylinder 2.0 Turbo engine used on the Lancia Delta Integrale. The commercial destiny of the car was instead dumped by the top of the Fiat group. They were convinced that for an adequate competitive force against the German rivals the Alfa Romeo 155 GTA Stradale would have had to mount a 6-cylinder engine. The house had a unit of this type, but its use was incompatible with the rest of the mechanics. And probably even more weighed the fact that the operation would require the construction of a separate production line, separate, with a sharp increase in costs. So nothing was done. After the appearance on the Monza track as “self-medicated” the prototype of the Alfa Romeo 155 GTA Stradale remained for four years in the Fiat-Alfa Romeo dealership of the former rally champion Tony Fassina. Then it was bought by a German enthusiast who also registered the car in Germany. Shortly afterwards, however, the car returned to Italy in the collection of a “Alfista” preparer from the Marche region. After a few years the car was sold to the owner who now entrusted it to Bonhams for the auction. 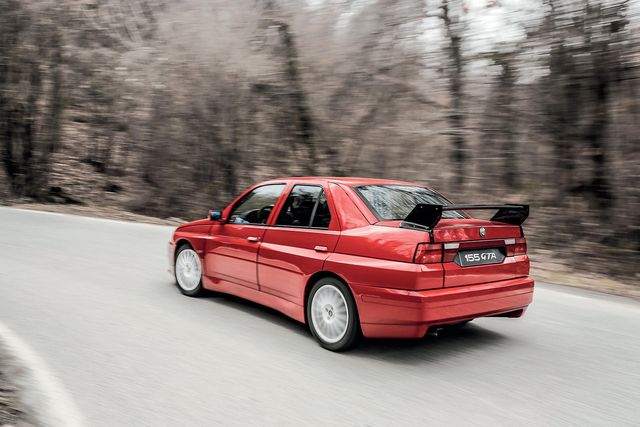 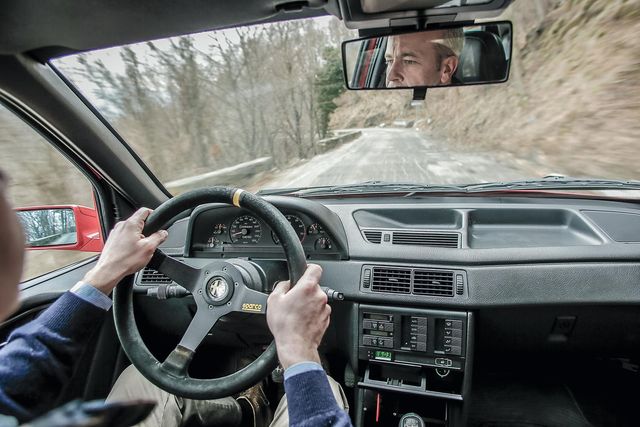