ZANARDI AND HIS BMW M8 GTE

The news was revealed by the Italian racing pilot himself. Alessandro Zanardi has officially announced in his Facebook page that he will participate to the 2019 Daytona 12 Hours on a BMW supercar.

The video posted on Facebook shows the happy Alessandro Zanardi, better known as “Alex”, in his kitchen, preparing a classical Italian pizza and revealing to his followers the exceptional news.

Alex Zanardi is, in fact, a great Italian professional racing driver who had quite a successful career as a Formula One driver before a terrible crash, in 2001 at the Lausitzring race track, which caused the amputation of both of his legs.

However, this accident did not stop this brave pilot. And only two years after the crash he returned to the racing universe, competing in the FIA World Touring Car Championship, member of the BMW team (Italy-Spain) from 2003 till 2009. 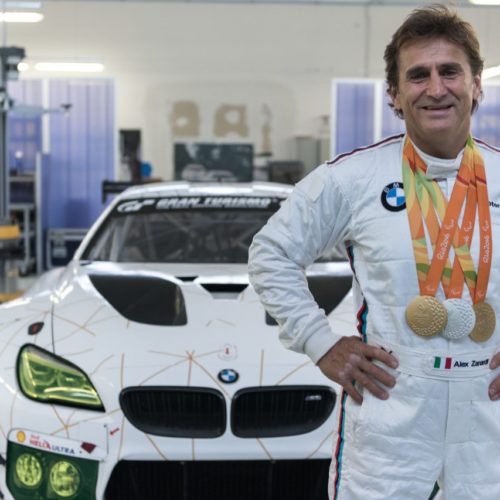 At the 2019 Daytona 24 Hours, Zanardi will be at the wheel of a BMW M8 GTE. This supercar is a forthcoming endurance grand tourer (GT), produced by the famous German car manufacturer. Developed in 2016, it is currently undergoing a technical enhancement process in order to be ready for its competitive unveiling scheduled for the 2018 IMSA Weather Tech Sports Car Championship as well as for the 2018 FIA WEC. The first BMW M8 GTE’s chassis was assembled last month of June and the first prototype was completed in July.

“Yesterday, for the first time I saw live the M8. It is a tough car and I look forward to driving it!” Zanardi said.

Filled with undisputable joy, the pilot also said to his Facebook followers that he “had always dreamt to participate to this competition. The United States is a country in which I often had the chance to win. The American continent is, therefore, very important for the book of my most cherished memories…”

Zanardi has, in fact, won both the 1997 and the 1998 CART championship in North America.